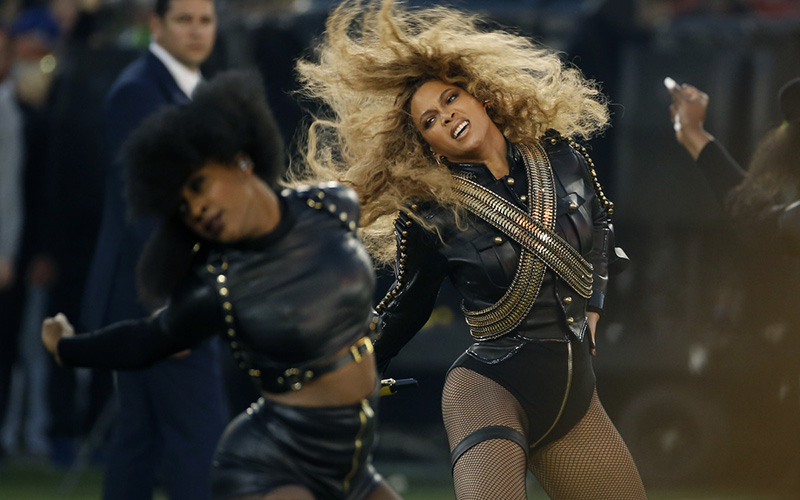 I’m not sure if you’re aware of this, but there was a brief Beyoncé concert that aired during halftime of some football game Sunday night (Feb 7). I think they call it a Superb Owl? Or is it the Super Bowl? Who knows? WHO CARES?

Anyhow, following her opening acts Coldplay and Bruno Mars, Beyoncé performed, and she was so “***Flawless” that you might not have even noticed that she almost fell.

Them: did you see Beyoncé stumble!?!
Me:BUT DID SHE FALL THOUGH!! pic.twitter.com/BYne7cAWOr

The almost fall happened during her epic dance-off with Bruno Mars when she was milly rocking to the “Betcha Can’t Do It Like Me Challenge.

It was one of those blink-and-you-miss-it moments, yet we live in the age where NOTHING is missed because EVERYONE is watching, waiting for something “viral” to happen.

But Mercy said NO! What could have been a disaster (who wants to fall on their butt while 100 million-plus people are watching?) turned into a moment in which the world was reminded why Beyoncé is the Queen.

How to save yourself. In heels. In front of a huge national audience. She's a pro. #SB50 https://t.co/71ftf7edAy

When God stans for you. https://t.co/ARaSJzmDsh

Meanwhile, these folks have other theories:

Beyoncé didn't almost "fall". Her power tilted the Earth's axis and she was just compensating. FOH

She even got props for her apparent athleticism:

Beyoncé is extremely athletic, she double hopped to ensure she wouldn't fall while crouched down & stayed on beat. ?

Most athletic play of the Super Bowl was Beyonce saving her fall IN HEELS & making it work https://t.co/2cwbGKvmBN https://t.co/aqk5mIG9jp

beyonce is so athletic. i fall all the time & the only way i get back up is with the help of 3 sober people