GOSSIPONTHIS.COM Sports Kobe Bryant Announced His Retirement From Basketball With a Poem 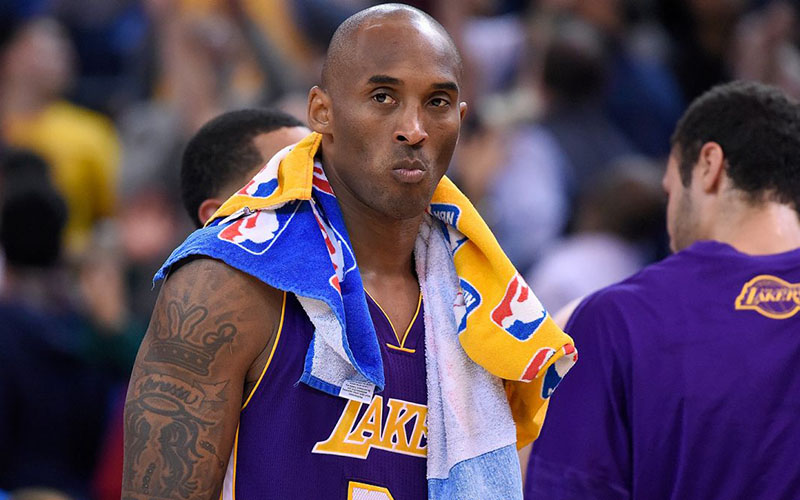 After 20 years of playing professional basketball, Kobe Bryant of the Los Angeles Lakers has finally realized that it’s time to hang it up.

Bryant, who has only played for the Lakers during his illustrious career and helped his team win five NBA championships, announced his retirement via poem Sunday (Nov 29) on The Players’ Tribune.

In an open letter titled “Dear Basketball,” the 37-year-old legend wrote that the current 2015-16 NBA season will be his last, and while he will certainly miss the sport that he “fell in love with,” he realizes that he’s “ready to let you go … And that’s OK.”

If you’ve been watching Kobe play this season, you should not be surprised at his announcement. As great as he his, it’s safe to say the struggle has been real.

Kobe’s retirement announcement came just days after he played possibly the worst game of his entire career, and he was relentless mocked on social media.

Never mind the fact that the Lakers lost against the Golden State Warriors 111-77, but Kobe was only 7% from the field on 1-for-14 shooting, tying the worst shooting performance of his career.

According to stats compiled by ESPN, the Lakers-Golden State game last Tuesday (Nov 24) was the 12th straight game where Bryant scored less than 25 points while shooting less than 50% from the field — another career milestone, and definitely not a good one.

During Sunday night’s 107-103 loss against the Indiana Pacers (the Lakers’ sixth loss in a row), Bryant scored 13 points on 4-for-20 shooting.

He spoke to reporters after the game and said that he made his decision to retire “a while” ago. “I’ve known for a while,” he said. “A decision like this, you can’t make that decision based on outside circumstances. It has to be an internal decision, and finally I’ve decided to accept that I can’t actually do this anymore, and I’m OK with that.

He added, “It takes a weight off my shoulders and everybody else’s.”

From the moment
I started rolling my dad’s tube socks
And shooting imaginary
Game-winning shots
In the Great Western Forum
I knew one thing was real:

I fell in love with you.

As a six-year-old boy
Deeply in love with you
I never saw the end of the tunnel.
I only saw myself
Running out of one.

And so I ran.
I ran up and down every court
After every loose ball for you.
You asked for my hustle
I gave you my heart
Because it came with so much more.

I played through the sweat and hurt
Not because challenge called me
But because YOU called me.
I did everything for YOU
Because that’s what you do
When someone makes you feel as
Alive as you’ve made me feel.

You gave a six-year-old boy his Laker dream
And I’ll always love you for it.
But I can’t love you obsessively for much longer.
This season is all I have left to give.
My heart can take the pounding
My mind can handle the grind
But my body knows it’s time to say goodbye.

And that’s OK.
I’m ready to let you go.
I want you to know now
So we both can savor every moment we have left together.
The good and the bad.
We have given each other
All that we have.