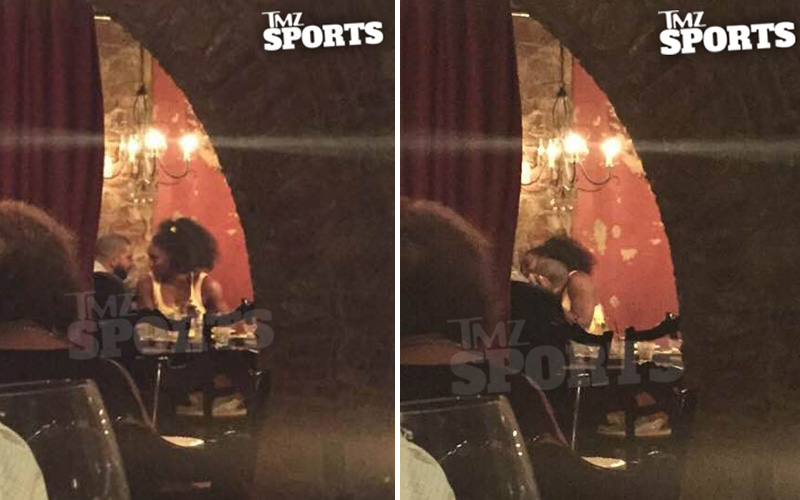 Drake is winning in every way possible. Having already TKO’D Meek Mill in their short-lived rap beef, Drizzy is getting even more props for hooking up with one of the hottest athletes in the world.

This past weekend, Drake and tennis star Serena Williams were spotted making out and touching all over each other during a dinner date at Italian restaurant Sotto in Cincinnati, hours after Serena took home the championship at the Western and Southern Open.

And TMZ Sports has all the photos to prove it!

The two had a private room in the back of the eatery — where they couldn’t keep their hands and lips off of each other … while several patrons watched.

People inside the restaurant tell us the two were joined by 6 other people …and at one point ordered a round of tequila shots for the table.

There have been rumors about the two hookin’ up for months — ever since Drake was spotted cheering for Serena at Wimbledon — but now the pics confirm it … it’s game on.

It’s safe to say that Drake is the guy everyone wants to be right now. Let the hate begin.

CHECK OUT THE PICS: