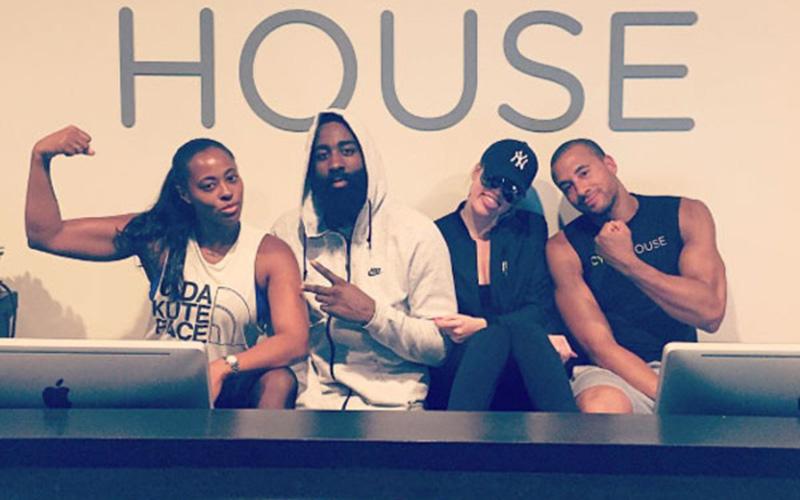 The pair were first romantically linked after they spent the Fourth of July in Vegas together this past weekend.

TMZ reported that Khloe, James, “and his famous beard” were spotted having dinner Saturday night (Jul 4) at “a fancy Asian restaurant in the Wynn.”

Spies said the pair “looked very couple-ly — snuggling side by side during the meal,” and after dinner, they hit up a nightclub where they watched Chris Brown perform. Earlier that day, Khloe and James were spotted near the pool at the Encore Hotel, and TMZ posted a photo (above) of the couple showing PDA “right in the open,” further proving that they’re dating.

Adding more fuel to the rumors, Khloe shared a pic on Instagram Wednesday (Jul 8) of her and James attending a spin class together at Cycle House in West Hollywood along with the stars of the new E! reality show “Hollywood Cycle.”

Khloe wrote in the caption of the pic.

“Post class pic with the newest members of the E! family. Welcome to family guys! Thanks for kicking my ass tonight!!! Catch @HollywoodCycle Tuesday nights at 10pm! @ahines83 @spingalnichelle @jharden13.”

We see you two!

Holding hands by the pool, going to dinners and Chris Brown concerts, and now working out together. Sounds like a couple to us!