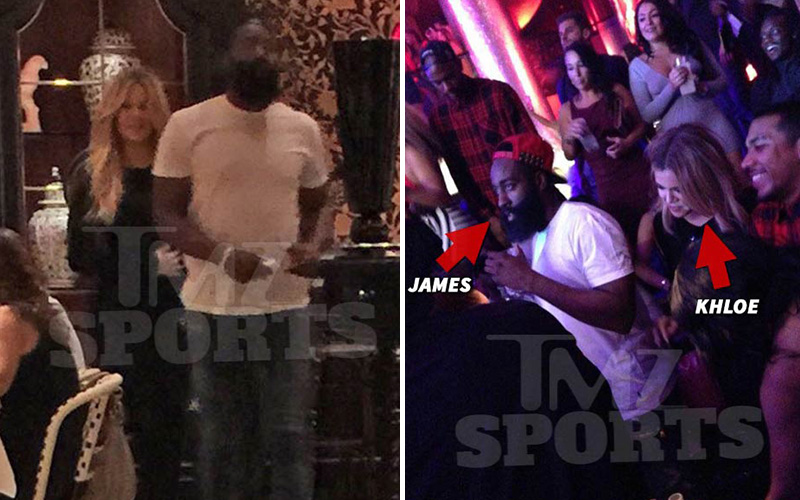 Khloe Kardashian definitely has a thing for ballers.

This past weekend on the 4th of July, Khloe was spotted out in Las Vegas on a dinner date with NBA superstar James Harden “and his famous beard,” TMZ reports.

Khloe, James, and his famous beard were spotted leaving dinner Saturday night at Red 8, a fancy Asian restaurant in the Wynn. Vegas sources tell us they looked very couple-y — snuggling side by side during the meal. After dinner they went to Drai’s Nightclub for Chris Brown’s performance.

TMZ has a couple of photos of the pair during their Vegas outing, and even though the first image is very grainy, you can tell still it’s them, because James Harden’s beard stands out big time: The second image is a lot more in focus and you can clearly make out their faces: So, you’re probably asking yourself, “How did Khloe and Harden end up hooking up?”

Well, apparently Harden was one of the coaches at Kanye West’s basketball themed-party at the Staples Center.

Khloe is currently still legally married to her ex Lamar Odom, but from the looks of it, they won’t be reuniting anytime soon, because Khloe is clearly moving on.