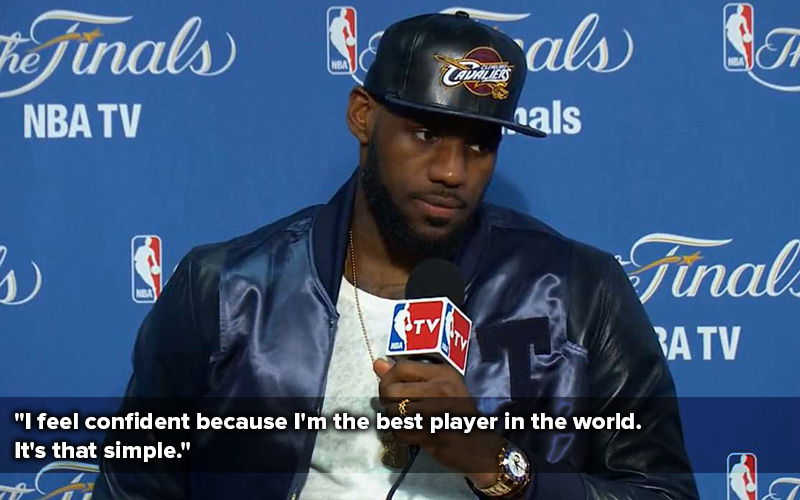 After the Golden State Warriors showed up and showed out Sunday night (Jun 14) in Game 5 of the 2015 NBA Playoffs, the Cleveland Cavaliers are down 3-2 in the series after a terrible 104 to 91 loss.

Game 6 will be played in Cleveland on Tuesday, but if the Warriors win, the championship title is theirs (4-2).

You’d think LeBron would be worried, but apparently he isn’t because he says he’s “the best player in the world,” and he’s confident that his team will win Game 6 so that they can have a chance at the title in Game 7.

“I feel confident because I’m the best player in the world,” James said after his 40-point, 14-rebound and 11-assist performance for his second triple-double of the series. “It’s that simple.”

“LeBron has been tremendous — [that is] even an understatement for how he’s played in the series,” Cavs coach David Blatt said. “Under the current set of circumstances, that’s what we’ve got to get, and he’s bringing it. You don’t see that every day, what he’s doing. You’ve got to take your hat off to him, too.”

“We’re going home with a Game 6, and we’ve got enough to win it,” James said. “We protect home, we come [back to Golden State]. We’ll worry about Tuesday first. But if we protect home like we’re capable of doing, we force a Game 7.”