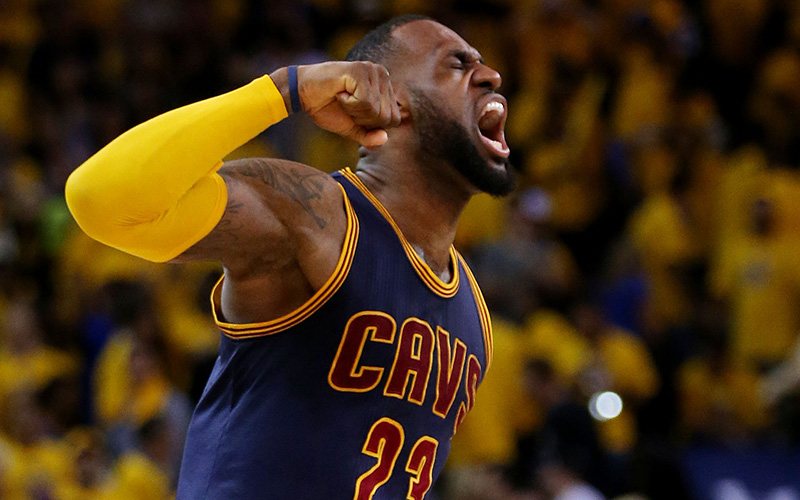 LeBron James scored 39 points, 16 rebounds and 11 assists to help the Cleveland Cavaliers defeat the Golden State Warriors 95 to 93 in overtime during Game 2 of the 2015 NBA Finals Sunday night (Jun 7).

This is how he reacted:

So much passion. So much energy. So much raw emotion. Good for you, Bron-Bron. Now, let’s watch that in slow-mo:

Game 3 is tonight, and Cleveland and Golden State are tied in the series (1-1). Whoever wins tonight is expected to win the championship game. Wonder how LeBron will react to tonight’s game?