GOSSIPONTHIS.COM Pop Culture Lil Wayne Almost Got Into a Fight After the Mayweather-Pacquiao Fight (VIDEO) 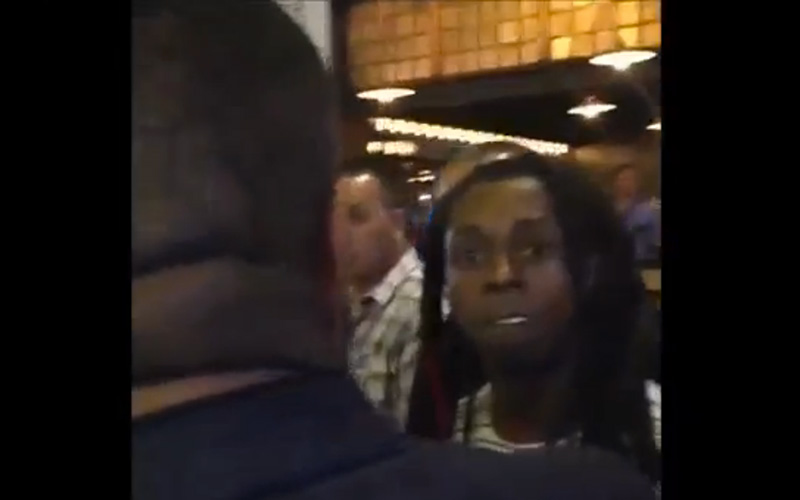 Lil Wayne got into a heated confrontation with a stranger after the Mayweather-
Pacquiao fight in Las Vegas last Saturday (May 2).

In a video posted on WSHH, Weezy can be seen going back and forth with a camera guy. The video then switches to another scene in which the camera guy says, “no disrespect Wayne, but please don’t ever smack my camera again.”

Wayne responds, saying, “Why? What you gone do?” and smacks the camera, before security jumps in and pulls him away.

Peep the video below:

If you can recall, last year after Mayweather’s fight against Marcos Maidana, Wayne was about to exchange blows with Maidana’s trainer Robert Garcia. Someone threw a water bottle at Wayne as he was exiting the ring and he believed Garcia was the one responsible.

Seems like every time Wayne attends a Mayweather fight, he almost ends up in a fight his damn self!