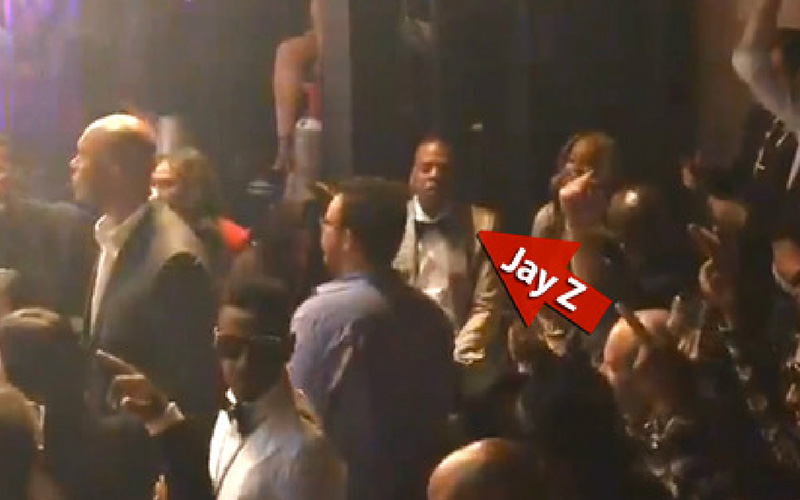 Jay Z hosted an exclusive afterparty at Marquee Las Vegas after Floyd Mayweather Jr. defeated Manny Pacquaio Saturday night (May 2), but while there, the rapper looked like he just wanted to go home, rather than party and bullsh*t.

In a video obtained by TMZ, the Jigga Man was spotted sitting at one of the $50,000 VIP tables next to the dance floor with his wife Beyoncé (and their bodyguard Julius), who seemed excited to be there, but Jay Z appeared to be bored out of his mind.

The most noticeable moment of Jay Z’s boredom comes when the DJ (Swizz Beatz) tries to get the crowd riled up, and Hov “seemed to be dreaming … of laying his head on his pillow,” TMZ noted.

But maybe the video was taken near the end of the party when Jay Z was tired and really was ready to go home? The man is 45 years old, after-all. Everybody can’t be Diddy.