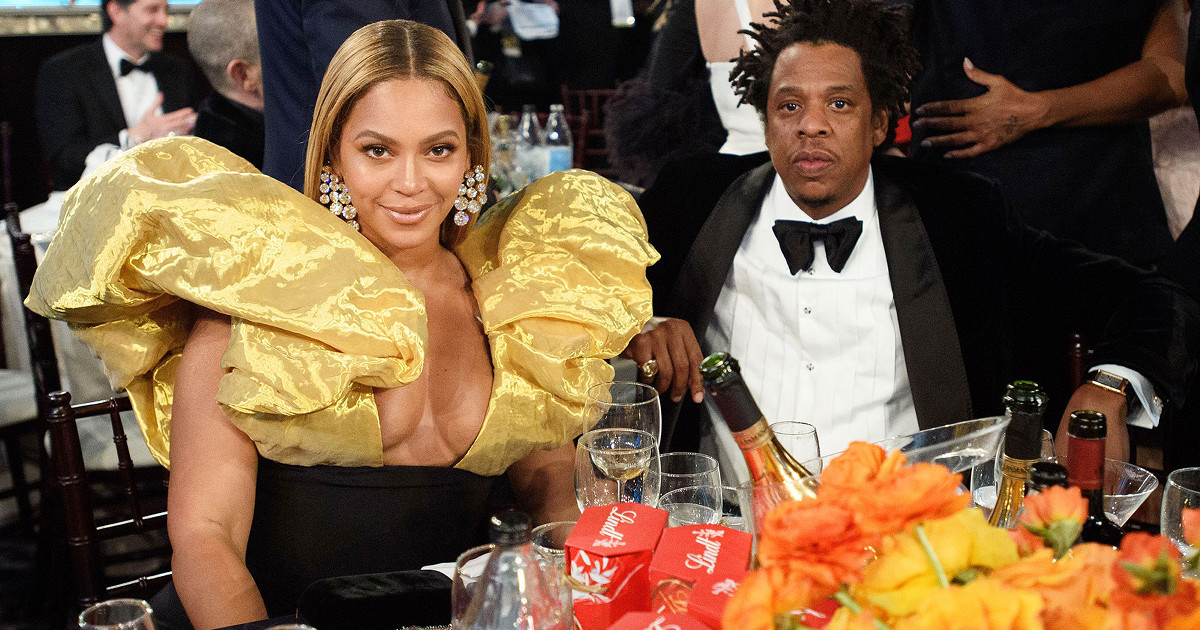 First off, the power couple straight up skipped the red carpet and arrived to the ceremony at the Beverly Hilton one full hour late. And they literally brought their own bottles of champagne to the catered event.

LA Times writer Amy Kaufman captured the moment they entered the room and shared it on Twitter.

. @Beyonce and Jay-Z just walked in. They're waiting until Kate McKinnon finishes speaking to take their seats. Is their bodyguard carrying bottles of alc for them? pic.twitter.com/eeB7NPHW4g

With loyal bodyguard Julius by their side, Bey and Hov were spotted waiting to take their seats while Kate McKinnon honored Ellen DeGeneres, the recipient of the Carol Burnett Award for Achievement in Television.

In the photo, Julius was holding two bottles of Armand de Brignac behind his back, despite the event being sponsored by Moët & Chandon last night and for several years prior.

Back in 2014, Jay-Z became part owner of Armand de Brignac, also known as Ace of Spades because of its logo. His stake in the champagne company was undisclosed, but it’s been reported that the investment cost him around $200 million.

But with bottles of Ace of Spades selling upwards of $200K each, he’s likely making a huge profit. The bottles can also go as low as a few hundred dollars.

And once Beyoncé took her seat, she also caused some social media chatter for staying seated. When Joaquin Phoenix won his Best Actor award, she was noticeably seated amid the standing ovation the actor received.

Phoenix fans were not too pleased with Queen Bey’s choice to congratulate him from her seat.

Joaquin Phoenix deserved that standing ovation after winning the award for best actor… but I guess Beyoncé didn’t think so #GoldenGlobes pic.twitter.com/1h63mLWc28

everyone really gave joaquin a standing ovation but beyonce be like pic.twitter.com/uSWnpHG3pE

Just putting it out there. MAYBE Beyoncé didn’t stand during Joaquin Phoenix’s standing ovation because her dress was massive & would have been a pain to get out of her chair with and then gather it to sit down again.

Just a thought. Maybe it wasn’t a statement. #GoldenGlobes

Beyoncé and Jay attended the Golden Globes because she was nominated for her song “Spirit” (The Lion King) in the Best Original Song category.

Though she lost to Elton John and Bernie Taupin, she is on the shortlist to be nominated for an Oscar in the same category next week.