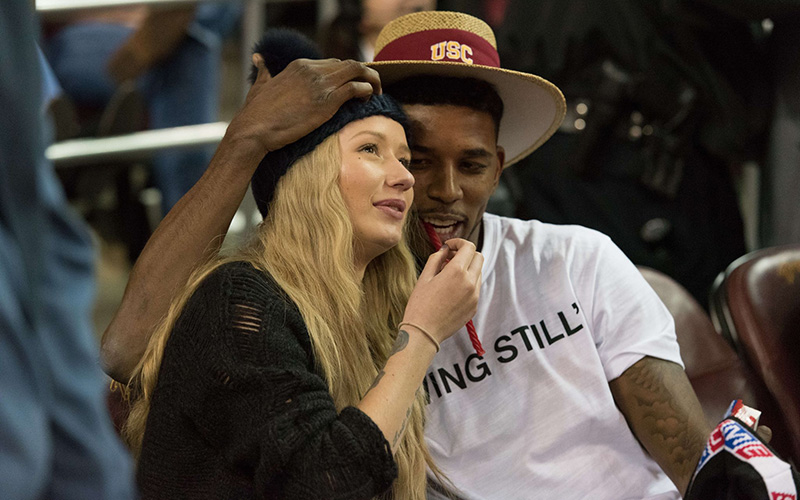 Nick Young doesn’t play any games when it comes to his girlfriend Iggy Azalea.

The Los Angeles Lakers star lost his cool and threatened ESPN anchor Robert Flores over a comment he made about Iggy during the Monday morning airing of “What Did We Learn?”

While speaking on Nick’s fear of dolphins, Flores took the opportunity to throw shade at Iggy and said that she is killing Hip Hop.

“We learned that, according to the Lakers’ Nick Young, a dolphin recently tried to kill him,” he said. “So, Nick, while dolphins are trying to kill you, your girlfriend is trying to kill hip-hop. Let’s call it even, okay?”

Of course Nick didn’t find Flores’ comments amusing and fired back at him via Twitter. Just like a good boyfriend should.

Its cool to talk about me all day any day I find with that, I can take a joke .. That what I do joke, but I didn’t see the point of that

You would have thought from Nick’s tweets that Flores would have immediately apologized and dropped the situation all together … but that didn’t stop him one bit from backing down.

Q: So if Swaggy makes fun of your girl, how is that going down?

Flores: Well, I don’t think Swaggy wants to be making fun of my wife. She will put the paws on him. She’s from down south, and those southern gals are not to be messed with, take it from me.

Whew! The disrespect is at an all-time high right now. We expect Nick to retreat and leave this alone at this point before he makes the situation worse for himself and his bae.