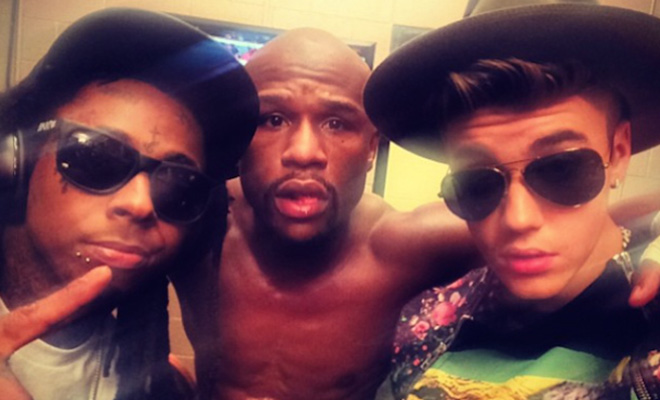 A brawl almost broke out between Lil Wayne and Marcos Maidana‘s trainer after the Mayweather fight this past weekend in Las Vegas.

According to TMZ, Wayne and a few other members of Mayweather’s entourage (possibly including Justin Bieber) were leaving the MGM Grand Arena when someone threw a water bottle that hit Lil Wayne on the shoulder … causing all hell to break loose.

An angry Weezy can be seen in video footage obtained by the gossip site yelling at the top of his lungs at Maidana’s camp while being held back at the same time.

Sources tell TMZ Wayne believed Maidana’s trainer was behind the bottle-throwing and immediately tried to confront him.

In the end, both crews were separated and went along their way.

Peep footage of the incident below:

And here’s another video from a different angle (courtesy of our peeps over at TheRundown):