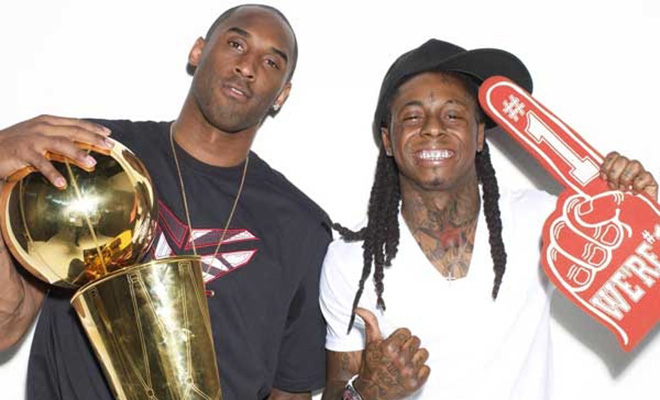 Kobe Bryant has always been a Lil Wayne fan, and still is.

On both his Instagram and Twitter accounts, the L.A. Lakers star unveiled what was believed to be the cover art for Wayne’s upcoming (and reportedly his last) album ‘Tha Carter V.’

Wayne also sent out a tweet of the photo, leaving fans under the impression that they were looking at Tha Carter V’s album artwork … but Wayne’s manager Cortez Bryant says the image is NOT the cover. It’s just to promote the album:

The Image that was posted yesterday is NOT the #carterV album cover! It’s just to let the @LilTunechi fans know that CarterV Season is here!

Tha Carter V was originally slated to be released on May 5th, but has been pushed back to a later date, which has yet to be announced.