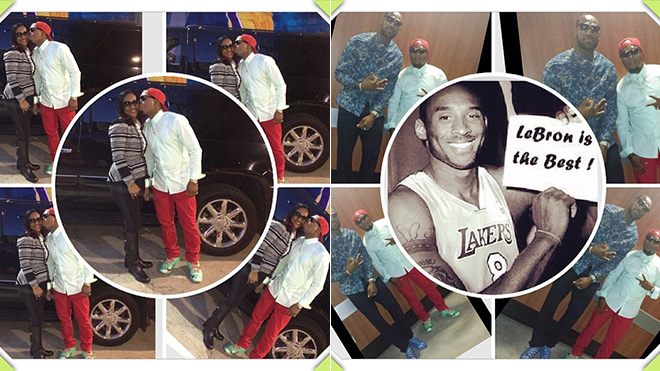 LeBron James‘ biggest fan is about to become his step daddy.

You may not know Miami rapper “Lambo” by his music, but you might be familiar with his affiliation with LeBron James as the boyfriend of his ratchet a$$ mama Gloria James.

Last September, we stumbled on Da Real Lambo‘s Instagram page, which is where he shows off his “wifey” and has numerous photos of himself posing with his “role model” and “big homie” LeBron James, as well as other members of the Miami Heat and some of their wives/girlfriends too.

Now, it looks like Da Real Lambo is getting REAL SERIOUS about his relationship with LeBron’s mom! Even more serious than this tattoo he has of her name on his neck: According to TerezOwens.com, Gloria James and Lambo are ENGAGED TO BE MARRIED:

According to our source, Gloria’s boyfriend, Da Real Lambo, popped the big question over the Christmas holiday. Gloria and Da Real are set to wed Spring 2014.