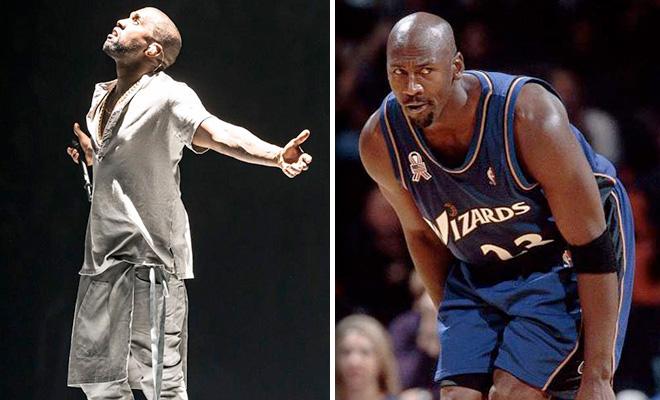 Kanye West will literally sing and/or rant about anything. And when we say “anything,” we really mean ANYTHING.

At his concert in Chicago Wednesday night, Yeezy sang-ranted for at around 12 or so minutes about NBA legend Michael Jordan and his (unfortunate) tenure with the Washington Wizards.

“We should’ve never ever let MJ play for the Wizards …Why did that happen?” Ye sang in auto-tune form to the crowd, who seemed to really enjoy Kanye’s song-rant.

“When a player that made the NBA wants to become an owner of the team that he brought so much glory to, a team he brought so much story to/a team that has his statue in the front of the motherfucking building/But do you know what the owners of that team told MJ? You’re just a player, homeboy,” West sang.

“I’m talking about one of the most important people in our civilization,” West concluded. “And in order to make his point he had to put on a motherf–king Wizards jersey.”

“Til I die MJ represents the Bulls,” West finished.