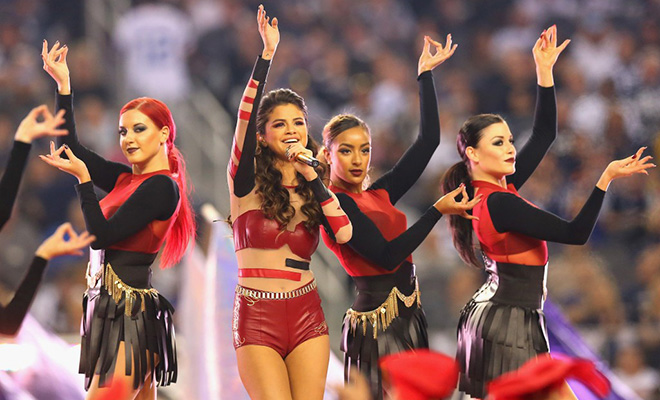 Selena Gomez was the featured performer for the halftime show during the Dallas Cowboys vs. Oakland Raiders Thanksgiving Day NFL game — one of the most-watched games of the season. And while the lip-syncing, hip-gyrating, over-the-top spectacle at AT&T Stadium was a delight for many, one man in particular was far from pleased.

Larry Brown Sports pointed out a man catching some serious Zzz’s while Justin Bieber’s girlfriend — dressed in a get-up that made her look like a cross between Pocahontas and Wonder Woman — performed songs off her album, including her hit single “Come and Get It” during one of the most-watched NFL games of the season. Look at this guy.

This guy — who apparently can sleep through pretty much ANYTHING — ain’t got no worries. He’s sitting there with not one single fuck to give, because there’s all of this STUFF going on around him, and he isn’t phased, not even one bit.

If you wanna see for yourself whether or not Selena’s performance was snooze-worthy, you can watch it below: