There’s so much ballyhooing going on in the media over athletes suppressing their sexuality instead of embracing it. But no one seemed to react much to No. 1 WNBA draft pick Brittney Griner’s official coming out party.

The New York Times ran a story outlining how most media outlets didn’t make a big deal out of the Baylor player’s coming out. Well, for starters, lesbians running around playing basketball is hardly unprecedented in the WNBA. So a butch lesbian coming out while she’s in school is nice and all, but it’s hardly going to encourage a gay man to step out of the closet and claim his sports as his own.

That’s because in sports, most athletic women are already assumed to be gay if they dress overly Tom Boyish and act aggressively. A butch lesbian is compatible with professional sports, but a flamboyant gay male? That’s yet to be seen.

The aftermath of the former Baylor star Brittney Griner’s revelation in several interviews this week was muted, to say the least. Griner, who was chosen with the No. 1 pick in the W.N.B.A. draft Monday, did not treat the issue with any outward hesitation — in fact, she appeared to refer to her coming out in the past tense, as though it had happened before — giving a casual feeling to the entire episode.

It was an odd juxtaposition: as there is increased speculation about whether a male athlete — any male athlete — will come out while still playing a major professional team sport, one of the best female athletes in the history of team sports comes out, and the reaction is roughly equivalent to what one might see when a baseball manager reveals his starting rotation for a three-game series in July.

So yeah. Congrats to Griner on coming out and all, but she didn’t exactly have anywhere near the impact that a male pro athlete coming out would have. 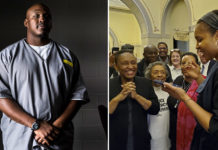