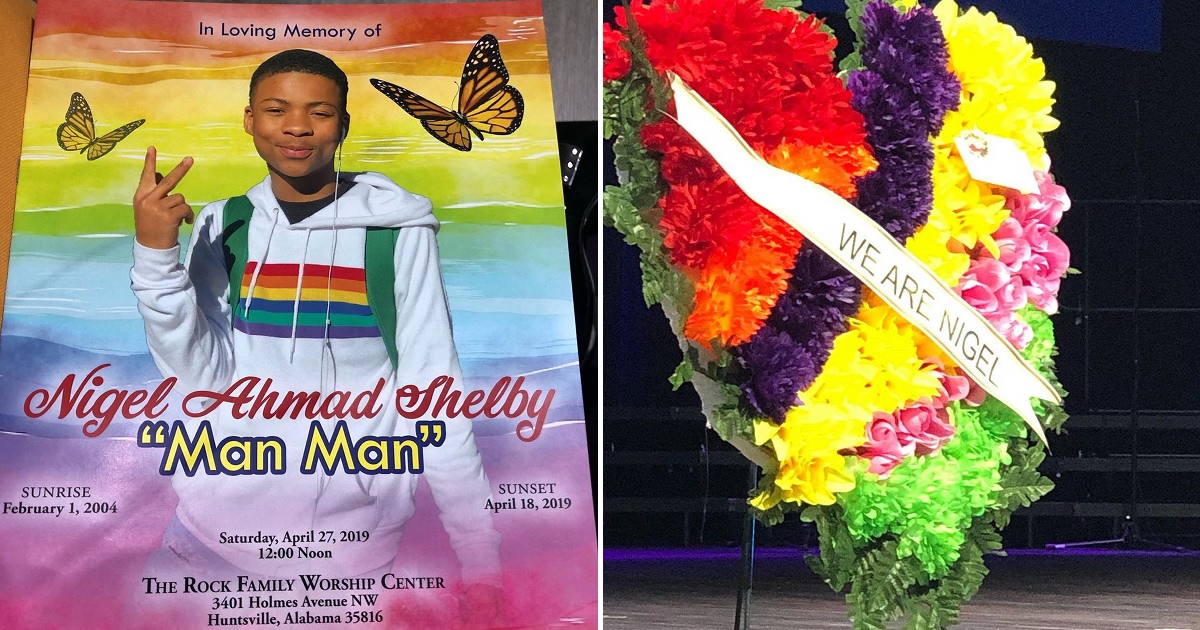 Celebrities have come to the aid of the mother whose 15-year-old son recently committed suicide after being bullied.

TMZ is reporting the Gabrielle Union, Dwyane Wade, Ludacris, and Janelle Monae are among a group of celebrities that have donated money to help cover the funeral of LGBTQ teen Nigel Shelby.

Though TMZ’s source did not reveal exactly how much the celebs donated, the source stated that it was enough to cover Nigel’s funeral, tombstone, and a separate amount for his mother, Camika Shelby.

The donations were organized by Lena Waithe and Atlanta restaurateur Pinky Cole, who enlisted their famous friends for help.

Nigel was laid to rest over the weekend in Alabama. His casket was wrapped in rainbows and butterflies.

Nigel’s heartbreaking story rocked his Alabama community and the nation.

The openly gay teen took his own life earlier this month after enduring anti-gay bullying at his high school. His mother says the bullying and the struggle to accept himself led to long bouts of depression.

“Nigel was a sweetheart. He loved everybody, he would help anybody. He was an angel,” Camika told ABC News. “I just wish people could’ve seen how special he was while he was still here.”

“I’m truly blessed that I got to spend 15 years with this child, but it also makes me so sad to know that he’s no longer with me,” Camika added. “He was my motivation to keep going. He always kept me lifted up, so to not have that anymore is heartbreaking.”

A GoFundMe page has been set up in Nigel’s honor. It has received nearly $40K in just 11 days, exceeding its initial $26K goal.