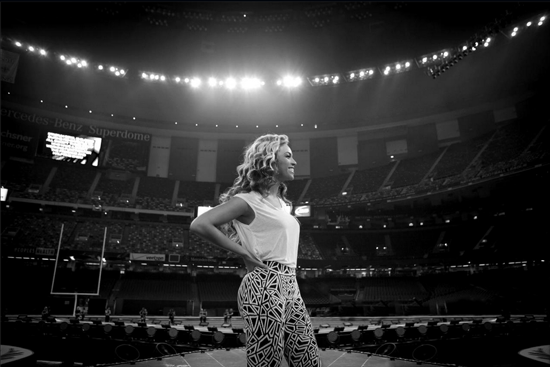 ‘Twas the night before the Super Bowl, and all through the house, not a creature was stirring. Not even a mouse.

Queen Beyonce is slated to take over the Halftime Show at the Super Bowl XLVII in the Mercedes-Benz Superdome in New Orleans and if all goes according to plan, Beyonce will slay.

After the lip synching scandal soured her performance at the president’s second inauguration, we can expect Beyonce to turn it up times ten as she attempts to silence her critics and eviscerate her detractors.

Ahead of her major-league performance, Beyonce teased the Beyhive on Facebook with the photo above asking, “You guys ready?”

And she also posted this final “behind the scenes” video leading up her big performance tonight:

Rather than respond with words, we’ll let a few good GIFs do the talking.

This is gonna be the best Halftime Show