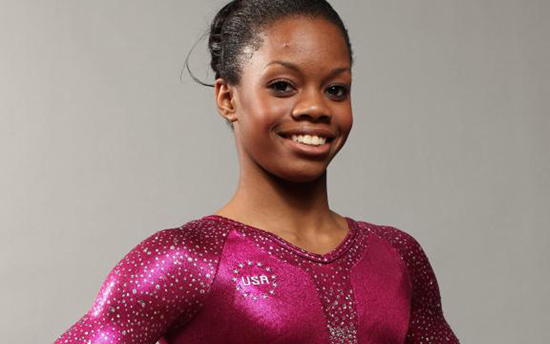 Once U.S. Olympic gymnast Gabby Douglas came home with the gold, we just knew it’d be just a matter of time before her family started showing their asses over her newfound riches.

RadarOnline.com reports that all hell has broken loose now that Gabby’s a golden child. Gabby is expected to bring home $10 million in endorsements over the next few years and up to $100 million during her lifetime according to some estimates.

With these big bucks at stake, it’s no surprise that tensions are growing between Gabby’s mother, Natalie Hawkins, and her father, Timothy Douglas. A source close to the family gabbed to The National Enquirer about the family’s squabbles:

“Both sides of Gabby’s family are jockeying to be in good standing with the goose that laid the golden egg,” a close source said. “Meanwhile, poor Gabby is caught in the middle.”

Timothy Douglas is a sergeant in the Virginia Air National Guard. He’s been deployed to Iraq and Afghanistan, and while he may be a war hero, he doesn’t stand on such a lofty pedestal with his family.

He’s in the middle of a bitter divorce with Gabby’s mother right now and Gabby spoke out about how he failed to pay child support. So Papa Douglas isn’t looking like father of the year right now. Some of the new drama is extending beyond Daddy Douglas and spilling over to his side of the family, Radar reports.

One of the main points of contention is that his side of the family wasn’t given tickets to her Olympic events.

“Gabby’s dad took relatives to London to see her compete, but she didn’t have tickets to get them into the events,” said the source. “They had to watch a lot of her competitions on TV monitors outside.”

Another source said: “Timothy and his family suspect Natalie had everything to do with them not being able to gain access to Gabby’s competitions, and they’re furious about being cut out!”

This is a movie we’ve all seen before. When the lights turn on, all the roaches scatter. You know if Gabby had won a bronze medal these folks wouldn’t be worrying themselves about any of this at all.

Let’s hope Gabby can keep her head up amidst all of this tom foolery and keep her eyes on the prize.

She needs to worry about herself right now. Let her father work out his own issues.