Deion Sanders has finally broken his silence regarding the drama surrounding his divorce from his estranged wife Pilar Sanders.

In a recent interview with Dallas radio station K104 FM, the former NFL star not only addressed the infidelity rumors, but he also talked about his daughter Deiondra going in on Pilar via Twitter, what it’s like to live in a 10-bedroom, 13-bathroom estate with his soon-to-be ex wife, who he thinks has been leaking stories to the press about their divorce and more. 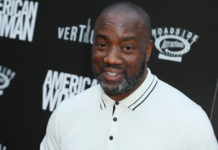 Malik Yoba: I Was a Teen When I Realized I Was Attracted to Women With “Breasts and a Penis”