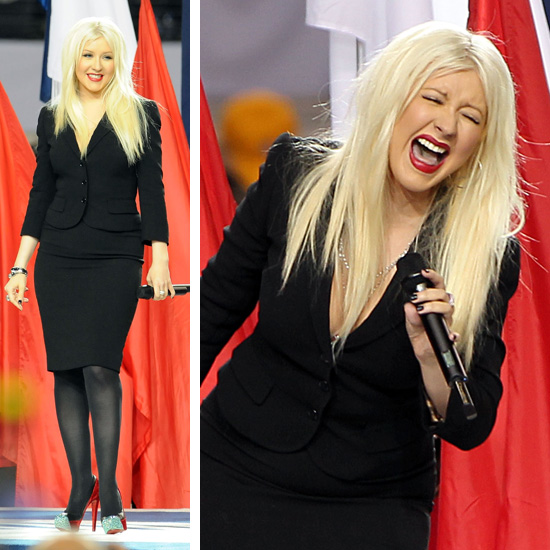 Christina Aguilera performed the “Star Spangled Banner” during tonight’s Super Bowl. In one of the biggest performances of her career, the singer forgot some of the words midway through the song. Instead of “O’er the ramparts we watched were so gallantly streaming,” Aguilera sang “what so prodly we watched at the twilight’s last [unintelligable lyric].”

Fortunately for the Pop star got the crowd back on her side when she nailed the “rocket’s red glare” line though, however a source tells our friends over at Pop Eater that the singer is “devastated” that she screwed up the National Anthem.

“This was the biggest performance of her career and she blew it,” the source told Rob Shuter of PopEater.com. “To mess up the lyrics was a disaster.”

Peep the pics below, and continue reading for the video footage:

Thoughts on the pics and the performance?