GOSSIPONTHIS.COM Celebs Dwyane Wade Had A Baby With Another Woman During “Break” From Gabrielle... 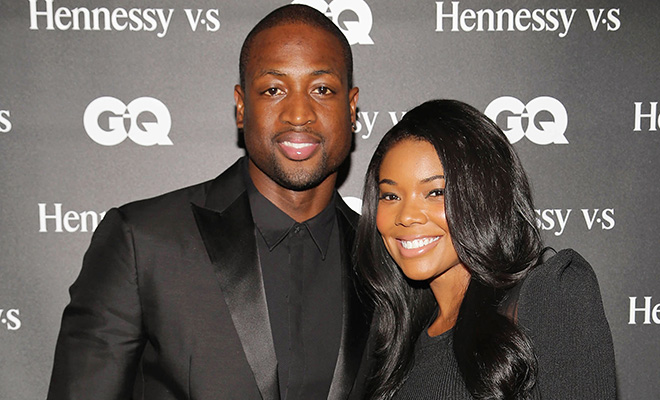 Dwyane Wade and Gabrielle Union got engaged last week, and this week, news broke that the basketball star had fathered a baby boy with another woman (who is NOT Gabrielle Union, just so you know…).

According to an exclusive report from ET Online, 31-year-old Wade and 41-year-old Union were on a “break” from their relationship when the baby was conceived, and Union was well aware of the child before their engagement.

The newly engaged couple has also reportedly worked through the issue privately, and Wade is said to have known his new son’s mother, Aja Metoyer, “for many years.”

The baby’s birth certificate states that Wade and Metoyer named the child, who was born on November 10th, Xavier Zechariah Wade.

Wade confirmed the reports in a news conference Monday in Denver.  “I had a time, a part in our break, in our pain and our hurt, a blessing came out of it in my life, having a son that was born healthy,” he said, according to the Sun Sentinel.

The Miami Heat guard added, “I’ve always tried to show my importance in my kids’ lives and it doesn’t change now. So, I, my lady and my family have continued to move forward, and I think that’s evident with the ring and the proposal that I gave her.”

A devoted father, Dwyane Wade already has two sons from his previous marriage, and he has full costudy of both boys (Zion & Zaire), after a nasty custody battle with his now ex-wife Siohvaughn Funches. Wade also has full custody of his nephew Dahveon Morris and raises him as his own.

D Wade and Gabby have been dating since 2008, and the couple hinted at their recent engagement before it was even announced by sending out Christmas Cards together from the “Wade/Union Family.” Looks like next year’s card will have a new addition! 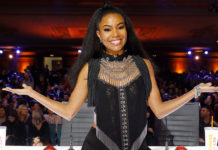 Gabrielle Union Fired From ‘America’s Got Talent’ After Speaking Out Against “Problematic” Discrimination: “They Replace Women & Blacks at Simon’s Whim” (Report)