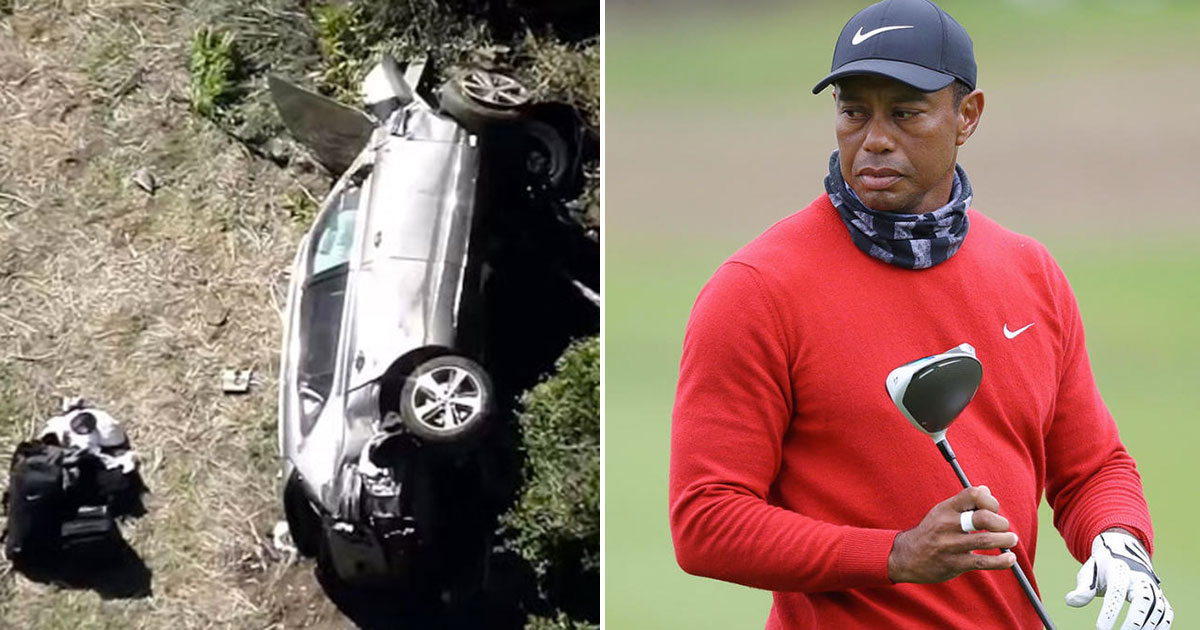 The professional golfer was reportedly driving alone near Rancho Palos Verdes when his vehicle flipped over. Officials said firefighters had to use a device called the “jaws of life” to pry the car open and rescue him.

“On February 23, 2021, at approximately 7:12 AM, LASD responded to a single vehicle roll-over traffic collision on the border of Rolling Hills Estates and Ranchos Palos Verdes,” officials said.

“The vehicle was traveling northbound on Hawthorne Boulevard, at Blackhorse Road, when it crashed. The vehicle sustained major damage. The driver and sole occupant was identified as PGA golfer, Eldrick ‘Tiger’ Woods.

“Mr. Woods was extricated from the wreck with the ‘jaws of life’ by Los Angeles County firefighters and paramedics, then transported to a local hospital by ambulance for his injuries.”

It isn’t clear what caused the accident and police are investigating.

Though his condition isn’t known at this time, but his agent Mark Steinberg told Golf Digest: “Tiger Woods was in a single-car accident this morning in California where he suffered multiple leg injuries. He is currently in surgery and we thank you for your privacy and support.”

"Tiger Woods was in a single-car accident this morning in California where he suffered multiple leg injuries. He is currently in surgery and we thank you for your privacy and support."https://t.co/z7kdbXOmLZ

Tiger was in the area for his annual Genesis Invitational golf tournament at the Riviera Country Club in the Pacific Palisades.

Earlier this year, he announced that he’d undergone surgery on his back and said that it could keep him from participating in the upcoming Masters tournament in Augusta, Georgia.

This isn’t the first time Tiger Woods has been in a high profile car accident, as he infamously crashed his SUV back in 2009 at his home in Florida.

He was arrested in 2017 after cops found him passed out behind the wheel of his car. Tiger said he’d taken prescription medication prior to the accident and didn’t realize how the meds would would affect him.