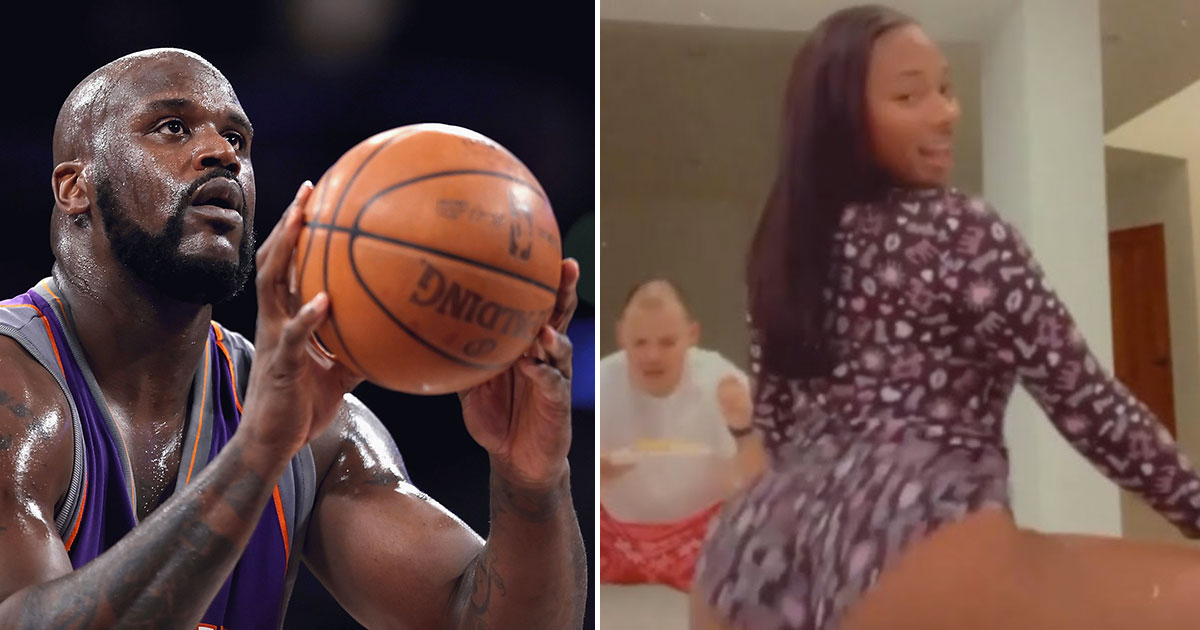 It’s no secret that Megan Thee Stallion is one of the hottest/sexiest female rappers in the game and literally everyone in the industry wants a piece of her WAP.

Rapper Slim Thug has made countless attempts to get at Megan via Instagram and often comments under her posts professing his love for her. Most recently, Slim commented under one of Megan’s IG posts stating: “My home is your home” along with the heart eyes emoji.

Just days ago, Rapper Pardison Fontaine revealed that he too has eyes on the “Hot Girl Summer” rapper and posted a photo of him blowing a kiss at a copy of GQ magazine with Meg on the cover.

Fontaine captioned the photo, “Dear Santa” and sent his fans into a frenzy with the majority of them agreeing that the two would make a good couple.

So it’s pretty clear that Meg is on everyone’s wish list right now.

The thirst is so real that even former NBA superstar Shaquille O’Neal wants his shot at Thee Stallion.

Shaq caught wind of Megan going live on Instagram, and apparently liked what he saw so much that he commented: “Watching that booty.”

shaq really forgot to go on his burner? pic.twitter.com/579Zfl72jW

Megan took to IG Live late Monday night (Dec. 7) and showed off her twerking skills while having a good time with friends.

In the video, Megan definitely showed why they call her Thee Stallion and was making them thangs clap like the congregation on Easter Sunday.

Even Shaq’s son Shareef O’Neal couldn’t disagree with his dad’s comment on Meg’s live and posted a video on TikTok stating “I feel you pops” with the crying laughing emoji.

We all feel you Shaq … Meg is the real deal. We just know you good for bricks though.