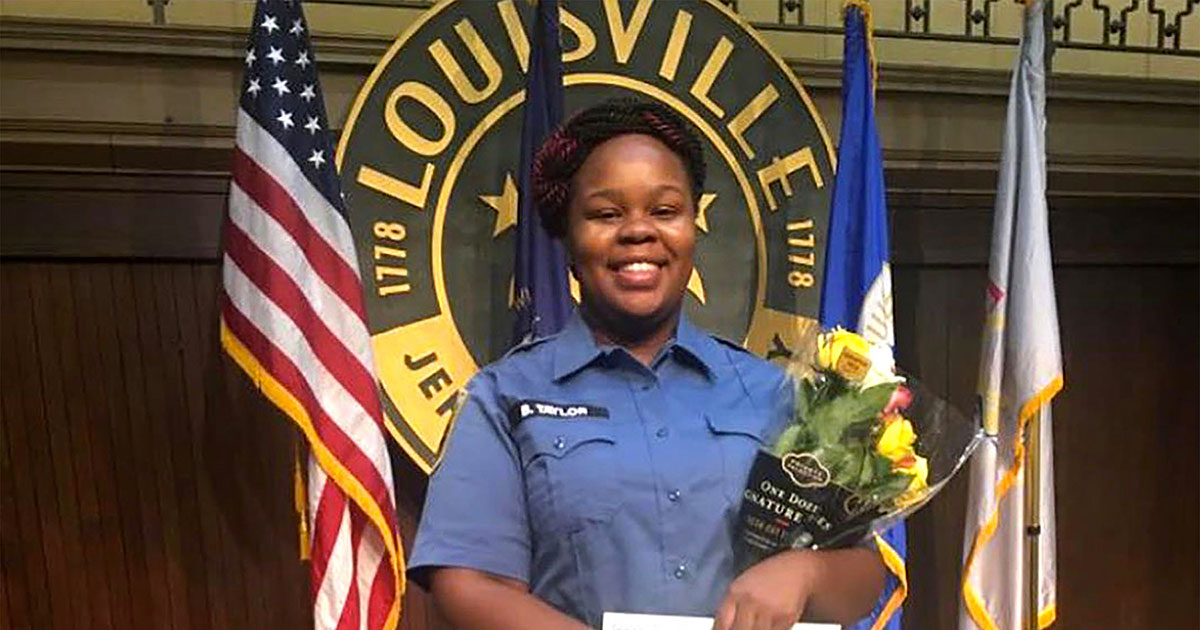 UPDATE: PBS reporter Yamiche Alcindor has confirmed that Breonna Taylor’s family will receive $12 million from the City of Louisville as a result of settling their wrongful death lawsuit.

Note: The city also says it will implement reforms. The officers involved in Taylor's death have not been arrested or charged.

The city of Louisville, Kentucky has reached a settlement with Breonna Taylor’s family in their wrongful death lawsuit after the 26-year-old was shot and killed in her own home in March when police executed a late-night “no-knock” warrant.

Sam Aguiar, an attorney for the Taylor family, confirmed that the family reached a settlement with the city.

“[The] family is pleased that the city was willing to collaborate on meaningful reform,” Aguiar said. “Now, we’re counting on the AG and DOJ to do the right thing and hold all responsible officers accountable.”

The settlement includes several million dollars, which would be the largest sum paid out by the city of Louisville in a police misconduct case, the Associated Press reported.

It also includes a list of reforms for the city’s police department, per The Courier Journal, including police accountability and policy updates for “no-knock” warrants, which legally allow police to enter a residence without announcing themselves.

Aguiar and Taylor’s family will hold a press conference at 2 p.m. EST on Tuesday with more information about the settlement.

The wrongful death suit, which accuses the Louisville police of wrongful death, excessive force and gross negligence, alleges that the cops fired more than 20 rounds of ammunition at Taylor and her boyfriend, Kenneth Walker, who was also in the apartment that night.

Taylor, a Black EMT, was shot eight times by police and died in a pool of blood on her apartment floor as Walker looked on.

The “no-knock” warrant listed Taylor’s name and address, but the main narcotics investigation was centered around Taylor’s former boyfriend, who lived more than 10 miles away from Taylor’s apartment.

Kentucky Attorney General Daniel Cameron, who was named special prosecutor in the case earlier this year, opened an investigation into the handling of the “no-knock” warrant.

A grand jury has been created to investigate the shooting, but there has been no announcement about when those proceedings will begin.

None of the three officers involved in the fatal shooting of Taylor have been charged with a crime.

Two of the cops who entered her apartment that night, Sgt. Jonathan Mattingly and officer Myles Cosgrove, have been placed on administrative leave but are still employed by the police force.

The third officer involved, Detective Brett Hankison, was fired from the force in June, three months after the shooting.

“Your actions displayed an extreme indifference to the value of human life when you wantonly and blindly fired ten rounds into the apartment of Breonna Taylor,” assistant chief of the Louisville Metro police, Robert Schroeder, wrote in Hankison’s termination notice.

Multiple women have accused Hankison of preying on them at bars under the guise of “driving them home safely.”

A multimillion-dollar settlement is nice … but now let’s focus on getting those cops arrested!