GOSSIPONTHIS.COM Celebs Cardi B Gets Another $3 Million in Defamation Lawsuit Against YouTuber Tasha... 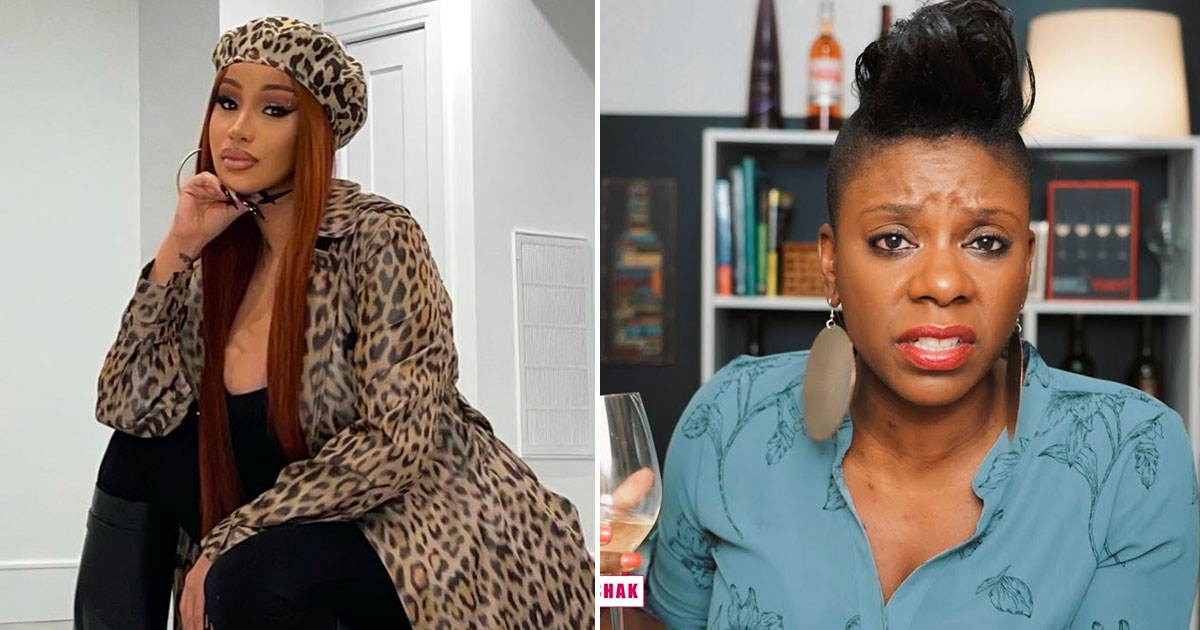 Cardi B’s victories keep piling up in the aftermath of her courtroom triumph over YouTube blogger Tasha K.

Just one day after Tasha K received a judgment ordering her to pay Cardi B $1.25 million for defaming the rapper by spreading false rumors on her unWinewithTashaK YouTube channel, the courts have added an additional $1.5 million in punitive damages and ordered the vlogger to reimburse the star $1.3 million in legal fees … which brings the total amount of money she now owes to $4 million.

Tasha K, who’s real name is Latasha Kebe, and her company are now facing more than $4 million in penalties after jurors issued a verdict Monday that fully sided with accusations that she waged a “malicious campaign” to hurt Cardi B’s reputation by posting false claims on the internet, including that the star contracted herpes and performed a shocking sex act with a beer bottle.

At time of publishing, a formal verdict form had not yet published by the court, but the details of Tuesday’s new damages awards were conveyed to Billboard by Cardi B’s legal team. Following the proceedings, Kebe’s attorneys told Billboard simply: “We disagree with the verdict and we will be filing an appeal.”

Moving forward, Kebe’s attorneys can challenge the verdicts to the federal district judge overseeing the case. If he upholds the verdict as expected, they can then appeal the outcome to a federal appeals court.

Cardi B, whose real name is Belcalis Almánzar, sued Kebe in 2019 over dozens of videos that contained shocking claims about the rapper. One video cited in the lawsuit includes a statement that Cardi B “f***ed herself with beer bottles on f***ing stripper stages.” Others said she had contracted herpes; that she had been a prostitute; that she had cheated on her husband; and that she had done hard drugs.

A trial kicked off on Jan. 10 in Georgia federal court, during which both women took the stand. Cardi B testified that she felt “suicidal” in the wake of Kebe’s videos, and said that “only an evil person could do that sh**.” Kebe initially admitted that she knowingly published lies about the rapper, but she later tried to walk back that statement when examined by her own attorneys.

On Monday, jurors held Kebe legally liable on three separate claims from Cardi B: defamation, invasion of privacy through portrayal in a false light, and intentional infliction of emotional distress. They awarded the $1.25 million in “general” damages, aimed to compensate Cardi B for pain and suffering and/or reputational harm, plus medical costs.

Tuesday’s added awards dealt with so-called punitive damages, which are reserved only for more egregious bad behavior. Jurors ordered Kebe to pay $1 million in such damages, and ordered her company Kebe Studios LLC to pay another $500,000.

The jury also ordered Kebe to reimburse Cardi B for the money she spent to bring the lawsuit—another remedy typically available only in exceptional circumstances. They awarded $1,338,753.47, which was the full amount sought by her attorneys.

In a statement issued to Billboard after Tuesday’s proceedings, Cardi B said the victory in court brought her “great happiness,” but also called for more action to address the broader problems of online misinformation and cyberbullying.

“The truth is that the intentional harm that was done to me, is done to countless others every day,” the rapper wrote. “The only difference between me and the high schooler who is being cyberbullied and lied on by their classmates is the money and resources I have access to. We collectively have to say enough is enough.”

The crazy part about this lawsuit is that it all could have been avoided had Tasha just granted Cardi’s request for an apology and retraction. Now she has to pay $4 million. Yikes.