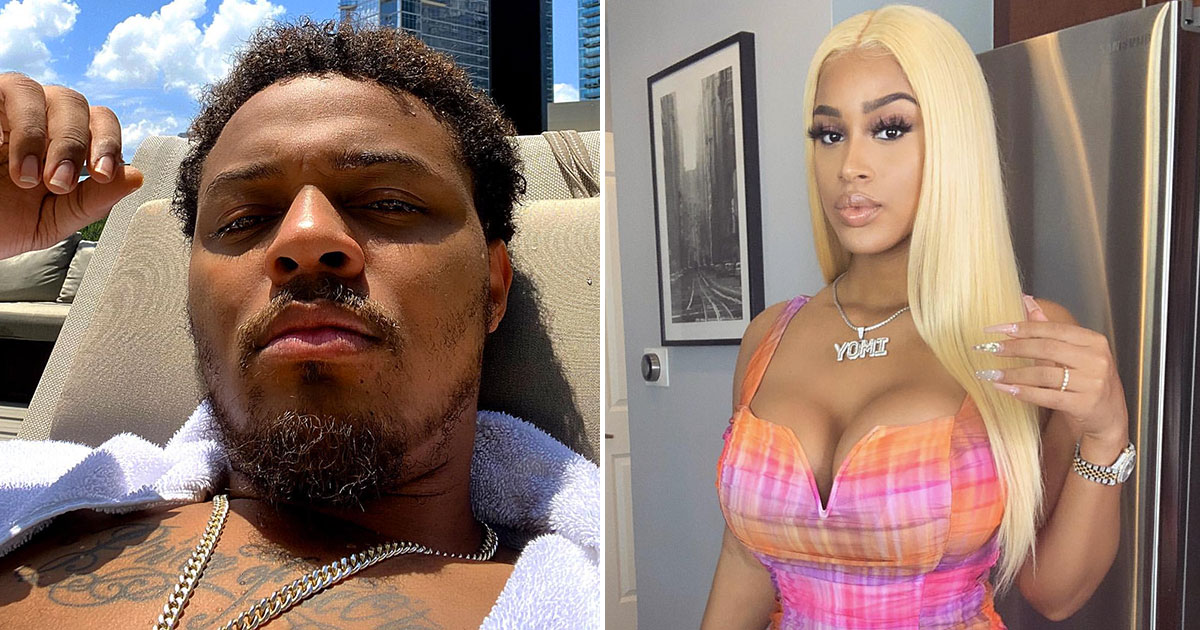 Newly leaked audio reveals that Bow Wow once (allegedly) punched his now-ex girlfriend Kiyomi Leslie in the stomach while she was pregnant and also held her against her will by not allowing her to leave after the fact.

Bow and Kiyomi have been broken up for a while now, but it seems like there are a number of untold stories behind their rocky romance.

In the leaked audio, obtained exclusively by OnSite, Kiyomi can be heard saying: “This man hit me in my stomach.”

Another person who was in the room at the time can also be heard saying: “I saw it with my own eyes. He knows she’s pregnant, why hit her in her stomach?”

The audio then skips to a previous argument between Bow and Kiyomi in which she begs him to let her leave, saying that she feels like a “prisoner,” but Bow doesn’t allow her to.

“I gotta fight you to get out the room?” Kiyomi asks, to which Bow Wow responds: “I guess so.”

The audio seems to skip again, and this time, Bow is saying to her: “I’ma burn you … you toast!”

He then threatens to ruin her life, saying: “She think I’m playing like I won’t take my whole 2019 to just f**k over her life and everybody she involved with … You gonna have a hard time.”

Bow Wow and Kiyomi Leslie dated for two years and ended their relationship back in 2019 after an explosive fight that landed the both of them in jail.

The altercation was reportedly sparked by an argument over Kiyomi talking to another man at a party.

A rep for Bow Wow later claimed that Kiyomi was the aggressor in the situation, but at the time of the altercation, authorities said they both sustained visible minor injuries, which explains why they were both taken into custody.

Not long after the incident, video footage leaked showing Bow being very aggressive towards Kyiomi in an elevator around the time of their altercation.

Kiyomi later alleged that the rapper abused her while they were dating, and she said she suffered a miscarriage due to the rapper’s abuse.

“Bet he won’t tell y’all the police been called out more than that one occasion and his family lied & covered for him that time,” she wrote in a since-deleted tweet. “He beat me while I was pregnant. Punched me in my stomach & all… lost my baby and still covered for the weak a** n***a.”

She also called out Bow Wow’s mother, Teresa Caldwell, for covering up for her son’s lies on multiple occasions.

“His weak a** momma called me sounding all concerned that her son beat me…” she wrote. “TERESA KNEW her son beat me numerous times and still got on national television to lie… YOU LUCKY MY MOMMA RAISED ME TO RESPECT WOMEN BECAUSE WHEEEEEW ! Trashhhhh.”