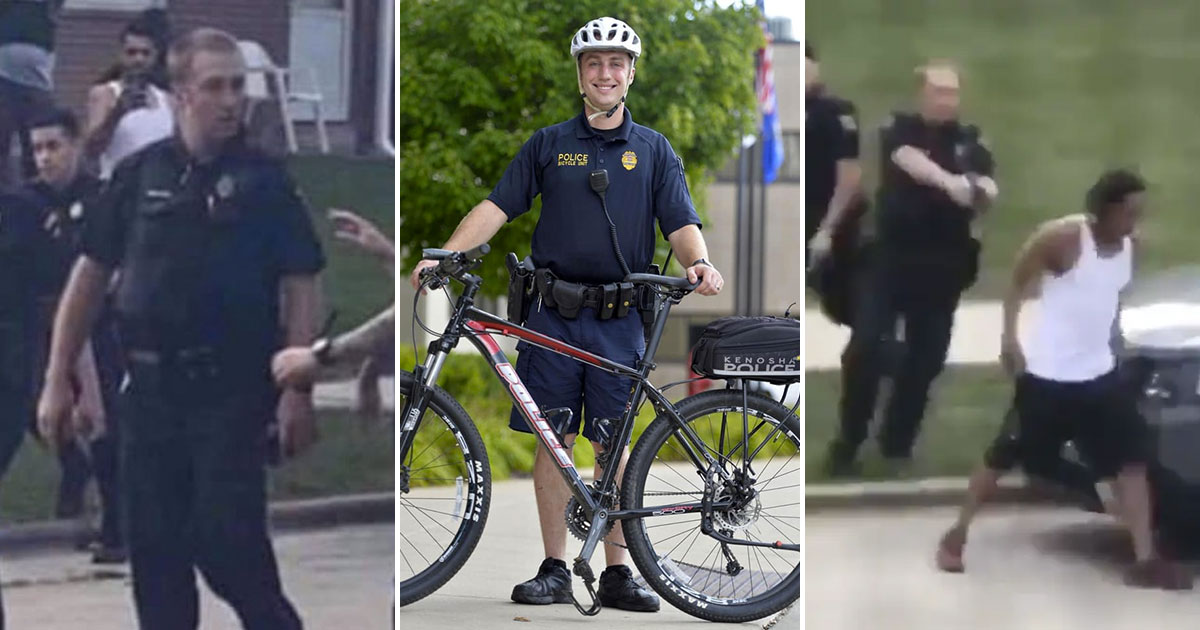 Officials with the Wisconsin Department of Justice have identified the cop who shot Jacob Blake in Kenosha, Wisconsin as Officer Rusten Sheskey, a seven-year veteran of the Kenosha Police Department.

DOJ officials said Kenosha police were sent to a residence near 28th St. and 40th Ave. after a woman called to report that her boyfriend was present and wasn’t supposed to be on the premises. The woman also complained that Blake had taken her keys and “refused to give them back.”

Eyewitnesses said Blake had pulled his car up near “six or seven women shouting at each other on the sidewalk” and “Blake did not say anything to the women.” According to Blake’s attorney, Benjamin Crump, he was “attempting to de-escalate a fight between two other people who officers arrived at the scene.”

During the incident, officers attempted to arrest Blake, and even deployed a Taser in an unsuccessful attempt to stop Blake and subdue him.

Officials said Blake then walked around the vehicle and opened the driver’s side door. While holding onto Blake’s shirt, Officer Sheskey fired his service weapon seven times “into Mr. Blake’s back,” officials said.

Blake’s three children—ages 3, 5 and 8—were inside the vehicle at the time of the shooting.

They shot another Black Man 7 times in the back.
Kenosha #Wisconsin. He is in critical condition.

This will not end until we end it! When will it be enough? #BlackLivesMatter pic.twitter.com/pVgCwbJoKh

DOJ officials noted that Sheskey was the only officer on the scene who fired their weapon. Officials said during the investigation following the incident, Blake “admitted that he had a knife in his possession.”

After the shooting, authorities say they recovered a knife from the driver’s side floorboard of Blake’s vehicle, but no other weapons were found.

Blake was taken to Froedtert Hospital in Milwaukee, where he remained as of Wednesday. His father said he’s paralyzed from the waist down and doctors say he will likely never walk again.

Videos showing the shooting from multiple angles have since gone viral, fueling protests that have been going on across the country since the May 25th killing of George Floyd at the hands of Minneapolis police.

The investigation into Blake’s shooting is being conducted by the FBI, Wisconsin State Patrol and Kenosha County Sheriff’s Department. The officers involved have all been placed on administrative leave.