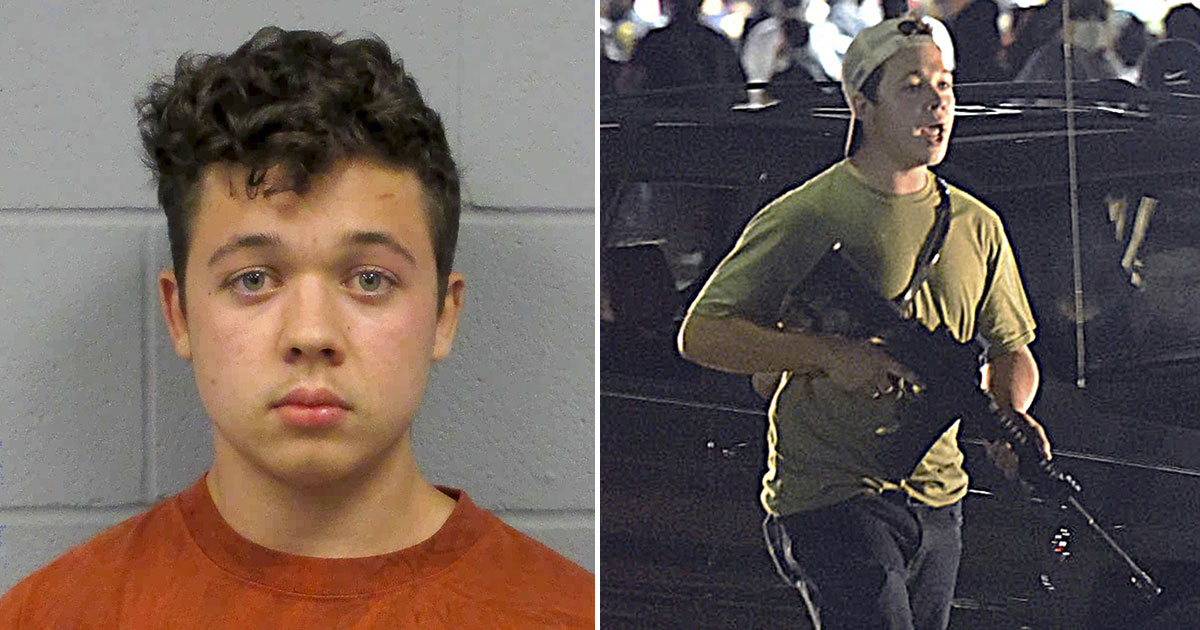 The teen is accused of fatally shooting Joseph Rosenbaum and Anthony Huber and wounding Gaige Grosskreutz during a Black Lives Matter protest back in August following the police shooting of Jacob Blake in Kenosha.

Rittenhouse—who is from Antioch, Illinois—told police he was attacked while guarding a business and that he opened fire in self-defense.

He faces a litany of charges, including intentional homicide, reckless endangerment, and being a minor in possession of a firearm. Under Wisconsin law, minors are not permitted to carry or possess a gun unless they’re hunting.

Rittenhouse’s case has taken on political overtones, with BLM supporters painting him as a trigger-happy white supremacist, and conservatives upset over property destruction during recent protests portraying him as a patriot exercising his right to bear arms during civil unrest.

A legal defense fund for him has raised millions of dollars in donations, and his mother received a standing ovation from women at a Waukesha County GOP function in September.

Huber said Rittenhouse thinks he’s above the law and also noted the effort to raise money on his behalf. He also suggested militia groups would do their best to hide him from police if he were released.

Ultimately, Keating set Rittenhouse’s bail at $2 million, saying that he was a flight risk given the seriousness of his charges. He’s due back in court on December 3rd for a preliminary hearing.

Rittenhouse spoke out publicly for the first time in an interview with the Washington Post, and said that he does not regret killing two people and injuring another because he believes he was protecting himself and considers himself “patriotic.”

“I was going into a place where people had guns, and God forbid somebody brought a gun to me and tried to shoot me,” he said. “So, I like wanted to be protected and I ended up having to protect myself.”

Rittenhouse added: “No I don’t regret it. I feel I had to protect myself. I feel like I would have died if I didn’t.”

The Washington Post also found out that Rittenhouse, who was too young to buy a rifle himself, arranged for an adult friend to buy the weapon for him using money Rittenhouse received from a government stimulus program.