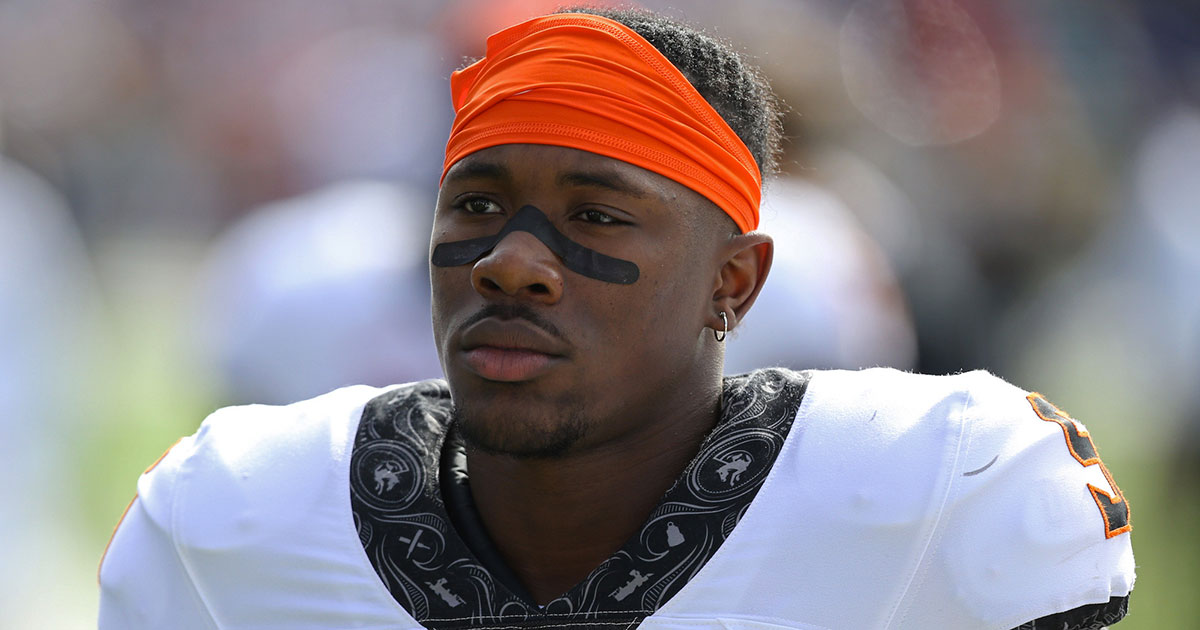 The Seattle Seahawks cut rookie cornerback Kemah Siverand earlier this week “after he was caught on video trying to sneak a female visitor into the team hotel,” according to NFL Networker reporter Tom Pelissero.

Pelissero added that Siverand’s ruse was pretty elaborate, saying that the woman was dressed in Seahawks gear “in an attempt to disguise her as a player … It did not work.”

While the NFL hasn’t implemented a “bubble”-like environment like the NBA or NHL amid the COVID-19 pandemic, teams and players are under strict orders to act responsibly to lower the risk of an outbreak of the virus.

As NFL.com writer Nick Shook put it: “Siverand’s attempt to welcome a visitor into the team hotel was a violation of team rules, especially during a camp that is operating amid the ongoing COVID-19 pandemic. With outside contact expected to be at a minimum if at all, jeopardizing the rest of Seattle’s team by inviting an outside visitor into the team’s hotel was a violation the Seahawks could not overlook.”

Shook added: “Even in a regular, non-pandemic camp setting, players are usually forbidden from welcoming visitors to team hotels or dorms.”

While it hasn’t been revealed what Siverand’s motive for sneaking a woman into training camp, we can only imagine it was for one thing … SEX. Yep, the man wanted some “WAP,” and risked his entire NFL career to get it.

The 23-year-old was an undrafted free agent from Oklahoma State who signed with the Seahawks on May 4th and could have possibly made an impact as a special teams player. But, nope … that wet and gushy was more important to him.

“Clear message on the responsibility everyone has in the NFL’s COVID-19 world: Put the team at risk, suffer the consequences,” Pelissero tweeted.

The #Seahawks cut rookie CB Kemah Siverand this week after he was caught on video trying to sneak a female visitor into the team hotel, per sources.

Clear message on the responsibility everyone has in the NFL’s COVID-19 world: Put the team at risk, suffer the consequences.