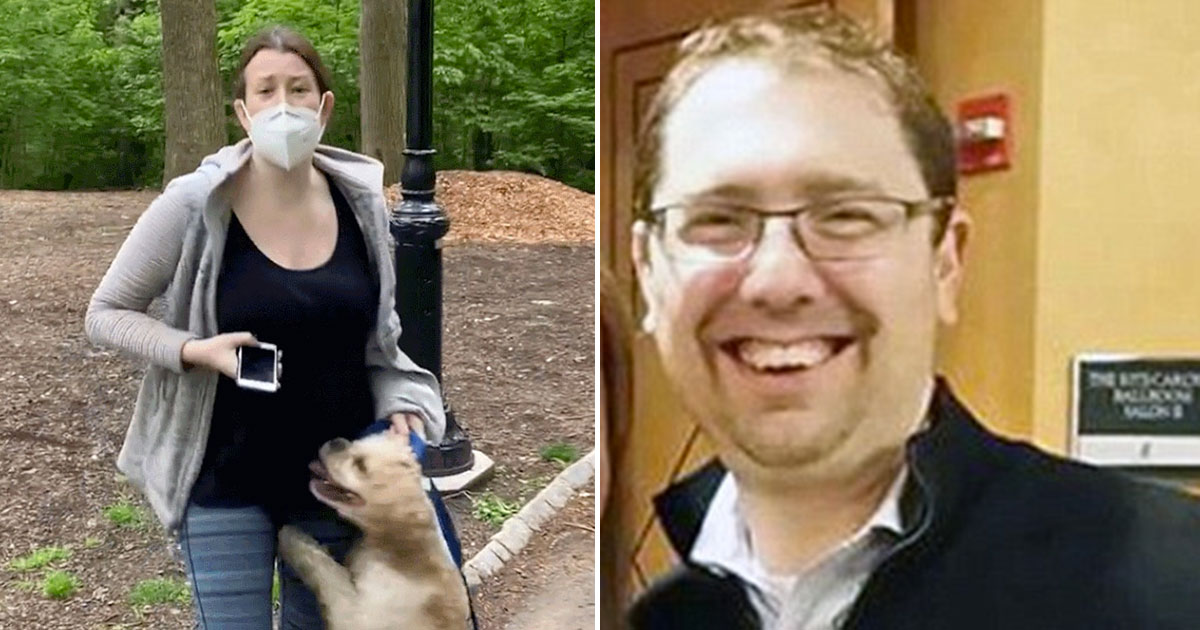 Amy Cooper, the NYC woman who made headlines when she called the cops on a Black man who was just out birdwatching, is once again in the news, and Twitter is eating it up.

A recently released New York Times article chronicling the incident included an interesting tidbit about the woman who claimed she feared for her life when an innocent man asked her to put her dog on a leash.

“In a legal filing that reads more like a soap-opera script, Amy Marie Cooper says she dated Martin Priest, 36, for four years but claims she had no idea he was still living his wife Tianna, 32, at the time,” the story reads.

It goes on to say that the two parted ways until Priest resurfaced years later in trouble. Apparently, he had yet another lover, who he had gotten pregnant, and he needed $65K “to protect himself and his children from his wife and pay Carrie to abort her unborn child.”

Cooper proceeded to lend her old flame the money as a loan, but Priest used it to divorce his wife and run off with the pregnant girlfriend, according to a lawsuit by Cooper.

After the video emerged of Cooper calling the police, she quickly received national backlash. She lost her job, temporarily had her dog taken from her, and was thrust into the national spotlight.

Now that she’s back in the headlines, people on Twitter are having a field day with the revelation that she gave her married lover $65,000 to not only divorce his wife but to pay his OTHER side chick for an abortion.

Bitch, why the New York Times went and spilled all of Amy Cooper's tea like this?https://t.co/FknXoJLW2r

That’s how much the dog-strangling racist paid a man she was having an affair with so a third woman could have an abortion.

This NYT piece is not kind to Amy Cooper. https://t.co/zz0tizdlrR pic.twitter.com/TT89bhuLXm

The NYT story about Amy Cooper is WILD pic.twitter.com/sXTuc7mIa5

On the one hand, I don't want to spend another moment thinking about Amy Cooper; on the other hand, pic.twitter.com/OP7cMTRXYr

Priest, however, is telling a different story than Cooper, saying that she “harassed” and “stalked” him.

“She became increasingly abusive and unstable,” he told NYT. “I tried to get away from her as she become more outrageous and threatening with her demands.”

It’s just the latest development for the woman who now has a law named after her designed to punish people who make false reports based on race.