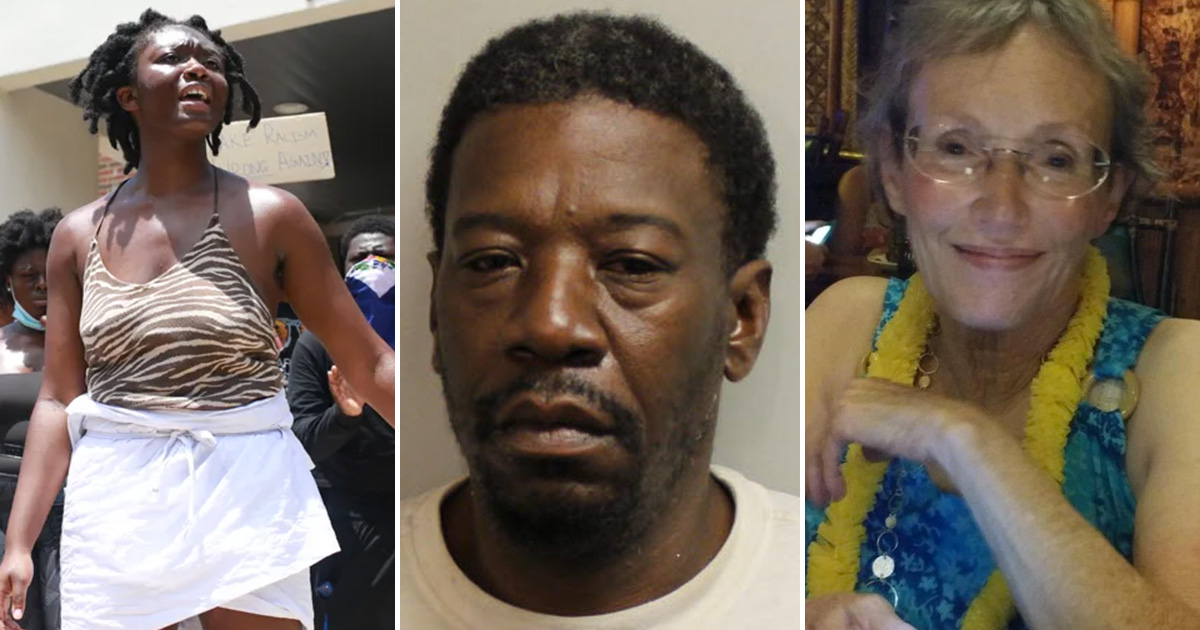 The suspect who was taken into custody after being accused of murdering a missing Black Lives Matter activist and an AARP volunteer from Tallahassee, Florida has been identified as 49-year-old Aaron Glee Jr.

Both women were well-known in activist circles and actually knew each other after meeting during recent protests against racial injustice and police brutality.

Salau, also known as “Toyin,” frequently spoke at Black Lives Matter protests, while Sims—a grandmother and retired state worker—was was well-known for her volunteerism and work in local Democratic politics.

Salau and Sims were both found dead in a double homicide Saturday night (Jun. 15), the Tallahassee Police Department said in a press release on Monday.

According to Tallahassee Police, Salau and Sims’ bodies were found in the 2100 block of Monday Road. Both women had been reported missing before being found dead in the area.

Sims, a volunteer with the Tallassee AARP chapter, went missing on June 11th.

An AARP spokesperson who confirmed Sims’ death Sunday (Jun. 13) stated: “Vicki worked tirelessly to improve the lives of others – as a dedicated advocate for older Americans; a committed volunteer for AARP, Second Harvest Food Bank of the Big Bend and other community causes; a devoted mother and grandmother; and a passionate, fully engaged citizen, helping our nation to achieve its highest ideals.”

Salau was last seen on June 6th at a library off Orange Avenue and Wahnish Way in Tallahassee, the Tallahassee Democrat reported.

The day she disappeared, Salau tweeted that she’d been sexually assaulted by a man in his mid-40’s days earlier after he offered her a ride to find somewhere to sleep and to retrieve her belongings from a church she’d taken shelter in to “escape unjust living conditions.”

Anyways I was molested in Tallahassee, Florida by a black man this morning at 5:30 on Richview and Park Ave. The man offered to give me a ride to find someplace to sleep and recollect my belongings from a church I refuged to a couple days back to escape unjust living conditions.

It wasn’t clear if the man mentioned is the same man who’s being accused of her murder.

Toyin’s brother, Oluwaseyi Salau, told the Tallahassee Democrat: “There is no justice that can be served that will replace my sister’s life.”

A friend of Toyin’s, Danaya Hemphill, said she last saw her the day before she went missing. “I had a feeling that we were not going to find Toyin alive,” the 22-year-old woman said.

Salau attended several Black Lives Matter protests, and during each demonstration, she would recite the names of black people killed by police, such as Jamee Johnson of Jacksonville, Tony McDade of Tallahasse, George Floyd of Minneapolis, Breonna Taylor of Louisville.

“I don’t want their names gone in vain,” Salau said during one protest last month in front of the Tallahassee Police Department.

Hemphill never thought her friend’s name would ever be a part of that list.

“Toyin was very passionate,” Hemphill said. “She was very vocal she was very loving, very spiritual, very caring. Toyin she was like a light in a dark room. That was Toyin.”

Aaron Glee Jr., the man identified as the suspect in Salau and Sims’ murders, has since been taken into police custody, though no details about his arrest or the charges he’s facing have been released by police.

According to police reports, Glee was previously arrested on May 29th for aggravated battery after an officer waiting at a stoplight saw him kicking a woman in the stomach. The victim in that case was neither Sims nor Salau.

The woman told police she and Glee had been drinking alcohol together and were walking down the sidewalk when he propositioned her for sex.

“She told him no so Glee became angry, shoved (her) to the ground and began kicking her in the abdomen,” the police report stated.