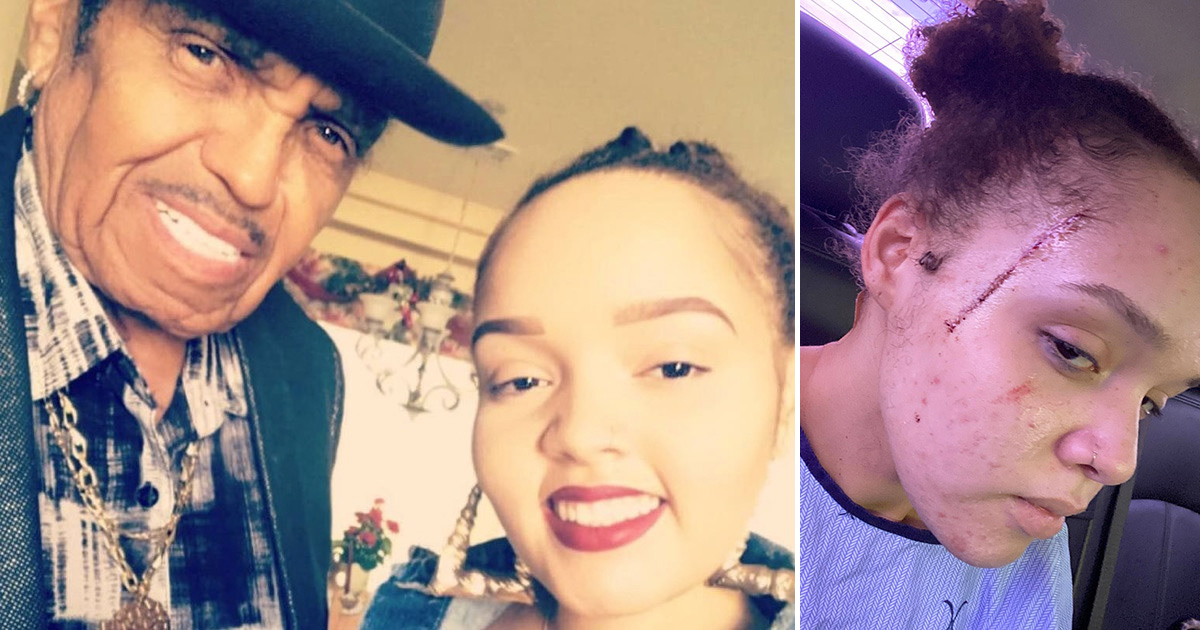 The granddaughter of the Jackson family patriarch, Joe Jackson, was viciously attacked and stabbed by a white woman, which she is calling a hate crime.

Yasmine Jackson, 25, revealed on Instagram that she was stabbed seven times by a white woman near her Las Vegas home and her attacker repeatedly called her the N-word.

“This woman chased me down and started stabbing me. She said it’s because I was a ni**er and that’s all I could hear while I was being stabbed”

Yasmine shared graphic images of her wounds from the attack, which left her face slashed and required several stitches.

“I can’t move my neck at all. I’m scared to be alone,” she continued in her post.

“I asked people to help me because she was stabbing me and nobody helped. Until someone did, actually a few people did & I am thankful for you”

Yasmine’s attacker was originally only charged with felony battery with a deadly weapon. However, Yasmine felt attempted murder and hate crime charges were more appropriate.

The attacker’s charge was later upgraded to attempted murder. A hate crime charge has yet to be filed.

Yasmine’s attack occurs amid an uprising across the nation against police brutality and systemic racism sparked by the murder of George Floyd by a Minneapolis cop.

“I pray to God that if you have any kind of hatred in your heart towards black people that you heal it. I didn’t deserve this, nobody does,” Yasmine stated in her post.

Her mother is Joh’Vonnie Jackson, a child Joe had outside of her marriage to Katherine Jackson, during a 25-year affair with Cheryl Terrell.

Joh’Vonnie and Yasmine are not close to the Jacksons, but did have a relationship with Joe.

Joh’Vonnie also spoke out against the attack on her daughter on Instagram:

“Look what this Woman did to my daughter @yasminejackson_ she tried to kill my daughter for being Black. My daughter has a good heart and has dedicated her time as a nurse to help others. She did not deserve this! F–k anyone who has enough hate in their heart to want to do this to anyone!” 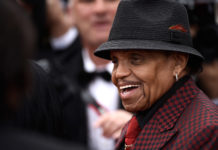