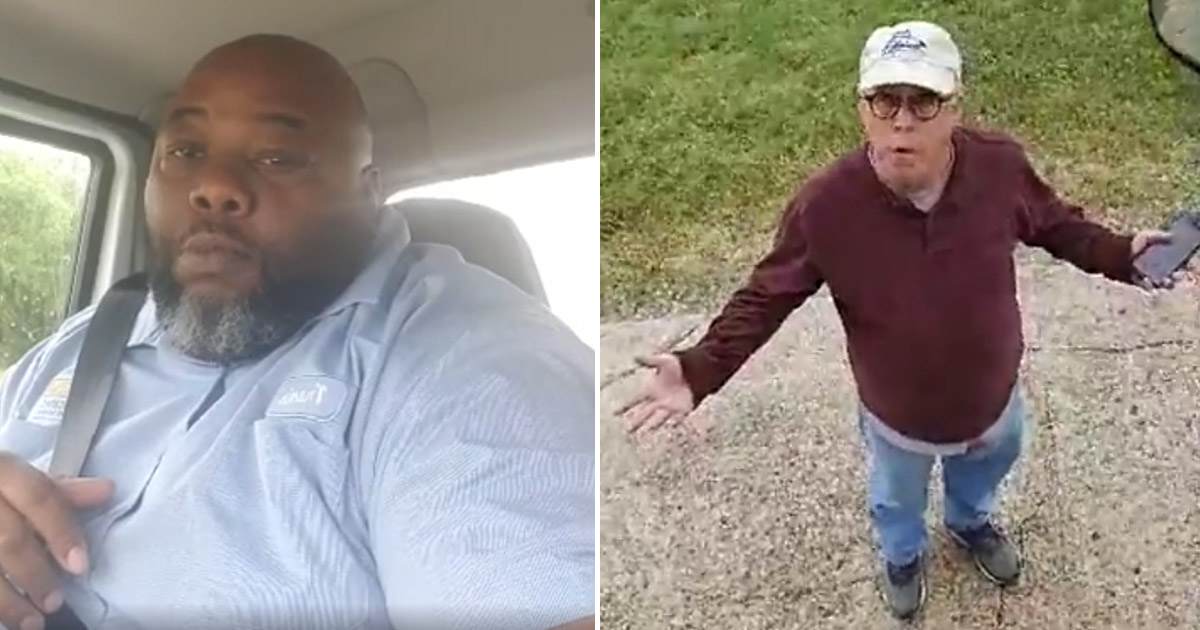 A delivery driver in Oklahoma City who was just trying to do his job was stopped and questioned inside of a gated community by the HOA president on Monday (May 11), according to reports.

Travis Miller, who is a black man, was making a delivery for the home appliance and furniture store he works for along with his African American co-worker.

When the duo attempted to leave the community after the drop-off, David Stewart, who is white, took it upon himself to block the two from leaving with his car.

The incident was captured on Miller’s Facebook Live video, in which Stewart can be heard saying, “I want to know where you’re going,” to Miller and his co-worker.

“It’s none of your business. I’m going out, that’s where I’m going,” Miller responded.

Stewart then continued to prevent the two from leaving, continuing his line of questioning and demanding to know how Miller got the access code to the gated community.

After thirty minutes, another homeowner joined Stewart and also began questioning the driver.

“All we want to know is why you’re here and who gave you the gate code. That’s all we need to know,” he can be heard saying in the video.

At one point, the two men claimed to have called the police, but no authorities showed up at the scene. However, the move prompted Miller to call 911 himself, according to reports.

“He said that he called the cops back and let them know that everything was clear, but I didn’t want to leave and have it seem like I was fleeing the scene or anything like that,” Miller explained to the dispatcher.

The incident was especially tense for Miller because troubles in his personal life already had him on edge.

“I just know that emotionally, it was hard to maintain restraint, especially when I’m dealing with death in the family, two family members within two days of each other,” he told KFOR. “I just did the best I could to make sure I didn’t make a bad situation worse.”

Miller managed to maintain his cool and just gripped the steering, kept his seat belt on, and locked the doors so as not to escalate the situation.

“I knew if I get out this truck, no matter what happened, I would have been in the wrong,” he said. “I always say to myself, ‘I’m going to go home to my wife and my kids,'” Miller said.

After about an hour, the two community residents finally relented, but only after the customer who Miller delivered items to finally stepped up and let them know of the situation. 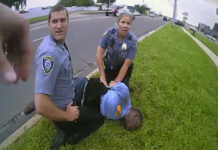