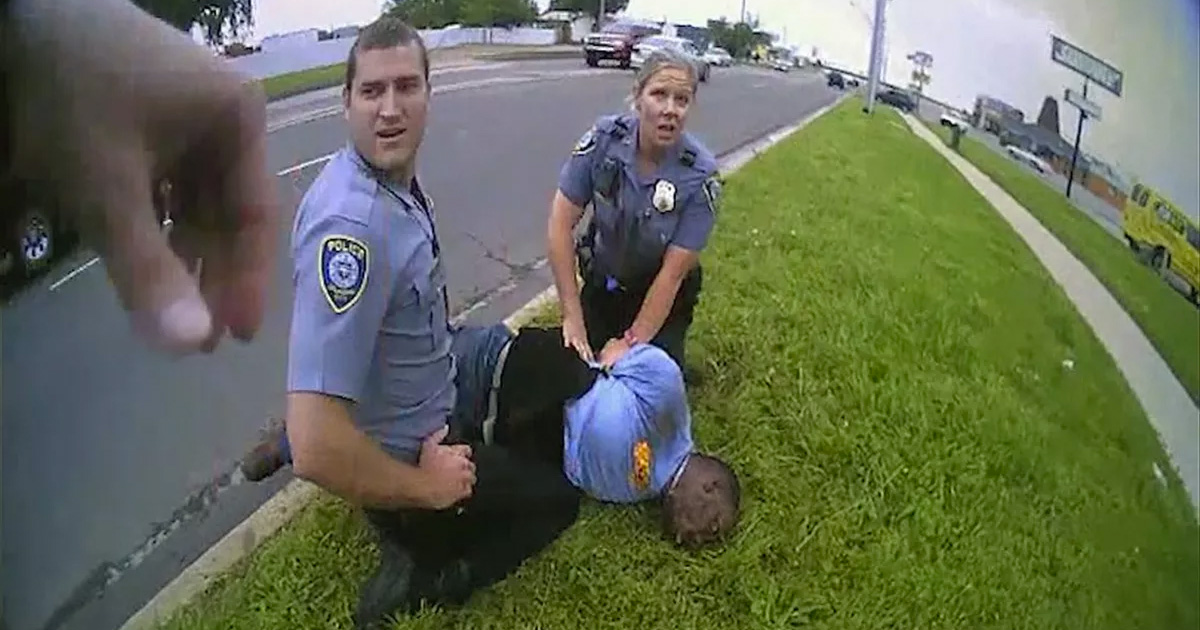 One of the most powerful parts of the George Floyd video was how the man kept saying that he couldn’t breathe before being killed by police officers.

In May of last year, OKC police were called to a scene where there were reports of a man brandishing a weapon. When they arrived, they found 42-year-old Derrick Scott.

The officers questioned Scott before he took off running, and they chased him before tackling him to the ground and placing him under arrest.

During the arrest, one officer placed her knee between Scott’s shoulder blades while the other officer straddled his back.

In the newly released body-camera footage, Scott is hearing telling the officers: “I can’t breathe.”

“I don’t care,” one of them responds. The officer would later say that the comment was made “in the heat of a conflict,” according to reports.

Scott, who did have a handgun on him, eventually became unresponsive. An officer attempted CPR on Scott, but he was ultimately pronounced dead at a local hospital.

Scott’s mother, Vickey, has called for the officers to be fired, and that recent instances that are seen in the news have brought unpleasant memories back.

“Just reliving this all over again is like reliving his death,” she told media outlets. “And watching George Floyd, there’s a lot of George Floyd’s—my son was one of them.”

Despite the recently recovered video footage, authorities are continuing to defend the actions of the officers.

“This guy runs from the police. He’s got a 90 percent occluded major artery in his heart,” Oklahoma County District Attorney David Prater told the Associated Press.

“I mean, he’s just a perfect candidate to die when you’ve got meth in your system and those kinds of physical ailments and then you fight with police.”

The autopsy on Scott listed his manner of death as undetermined, but they said that it was not caused by fatal trauma as a result of the officers’ actions.