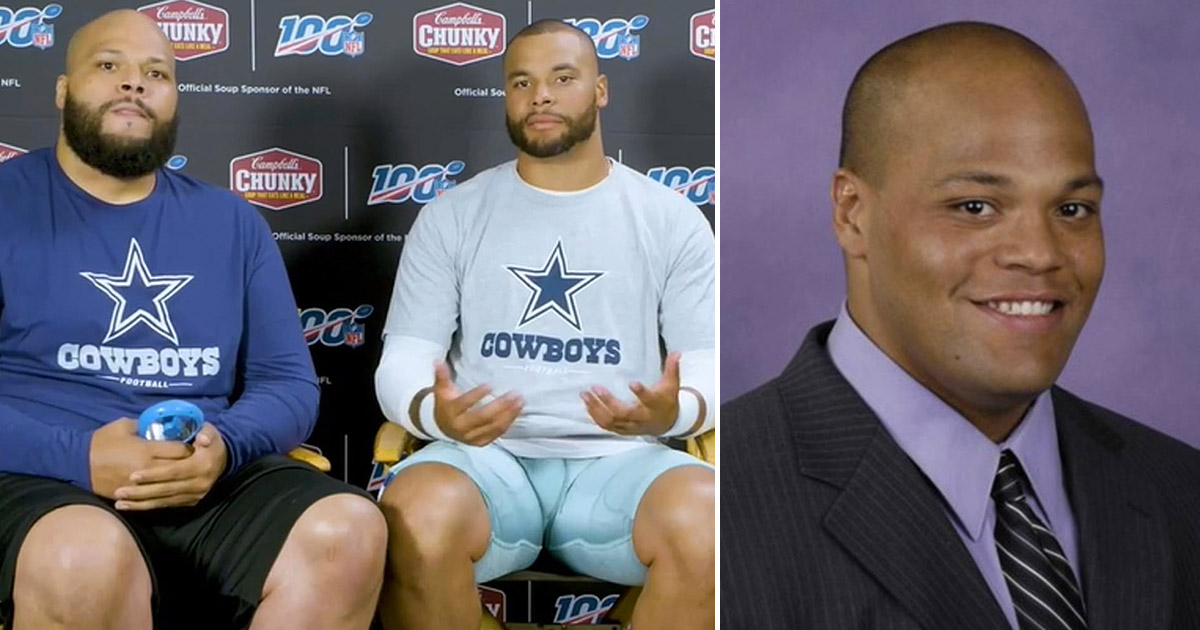 The Cowboys announced the sad news Thursday evening just minutes after making their first-round selection in the NFL draft.

“It is with great sadness and support that we share the news of the passing of Jace Prescott today,” the Cowboys said in a statement. “The loss of Tad and Dak’s brother is devastating. At this incredibly difficult time, the Prescott family asks only for prayers and respect for their privacy.”

Cowboys owner Jerry Jones added in his own statement: “We are so saddened that Dak has lost his brother. We want him to help him get through this time. Whatever we can do to help him…

“When you’re young, and Dak is young, death is really hard to understand to think about or live with. I have a particular sensitivity to players when they have a tragedy.”

Dak and his brother Jace were very close and even filmed a national Campbell’s Chunky Soup commercial in 2019.

Dak said at the time that Jace and his other older brother Tad meant the world to him, especially after tragically losing his mom to colon cancer in 2013.

“My brothers have always been champions,” Dak said, per TMZ. “Them along with my mom … So now, not having my mom and just having them two, they mean even more.”

Dak added: “Family is everything. It’s what keeps me grounded when everything else is changing around me I know that’s one thing that’s always consistent and certain. I’m thankful for them.”

Jace, who was the middle of three brothers between Dak and Tad, played offensive line for Northwestern State in Louisiana between 2008 and 2010, starting in 11 games in his last season.

The Prescott brothers also have a sister, Natalie Prescott-Smith and an older, half-brother, Elliott Prescott, from their father’s previous marriage.

A cause of death for Jace was not given.