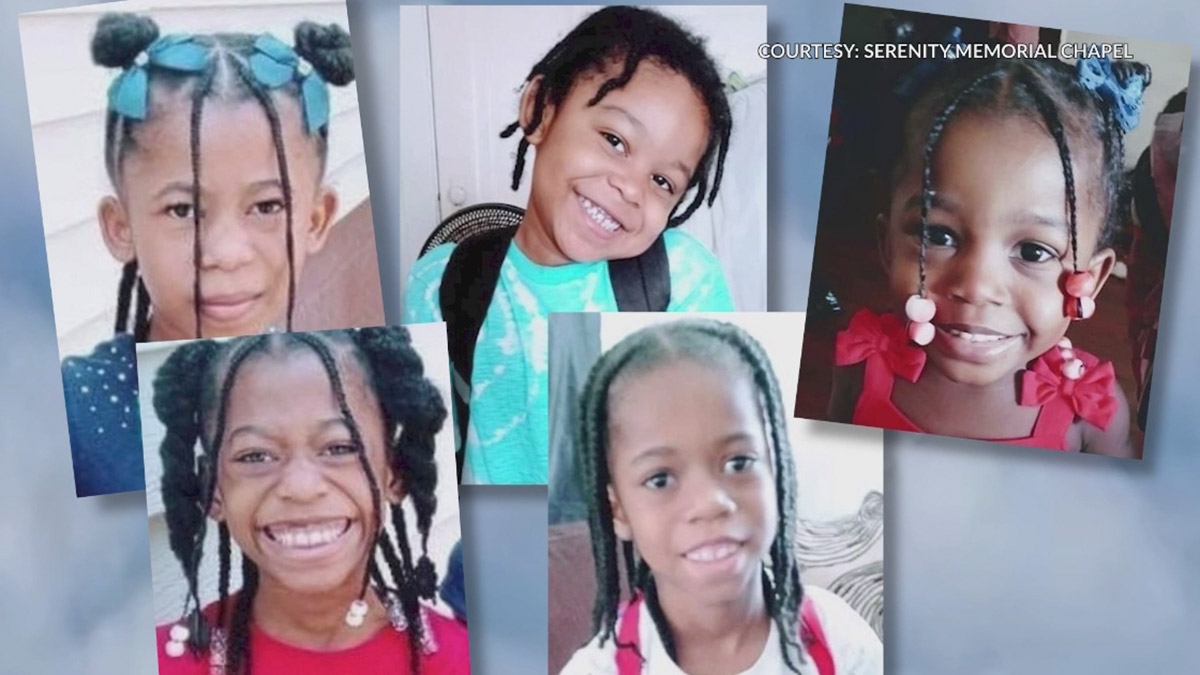 While many Americans spent the past week getting their kids ready to go back to school, sharing their first-day outfits on social media and how excited the kids were to finally be able to attend in-person classes, a family in Illinois had the devastating duties of burying their five children following a tragic fire that occurred earlier this month.

The fire happened on August 6th at an apartment building located in the 500 block of 29th Street in East St. Louis, Illinois. The mother of the five children, Sabrina Dunigan, left the children home to go pick up her boyfriend from work. When she returned to the apartment she found the building in flames.

According to authorities, Dunigan tried several times to enter the apartment to save the children, but was unsuccessful and suffered burns on her arms and feet. The children’s grandfather and his girlfriend were also at the apartment at the time of the fire and had to jump from the apartment’s second floor.

“They are blameless in this. They’re just kids. It’s tough,” Assistant Fire Chief George McClellan said in a statement regarding the tragic incident.

On Saturday (Aug. 21), funeral services for the children were held at Greater St. Mark Church of God in Christ. Family and friends gathered at the church to pay their final respects.

Custom caskets were made for each child and each one reflected their personality and things they were interested in.

“These children were wonderful children. If you look at the caskets, each casket reflects their personal desires, the games they played with, the toys they liked, (and) the colors they were interested in,” Serenity Memorial Chapel Funeral Director Walter Taylor told news reporters. “If you look at the casket, it’s really a glimpse of their young lives.”

R.I.P to those babies…this is so sad.