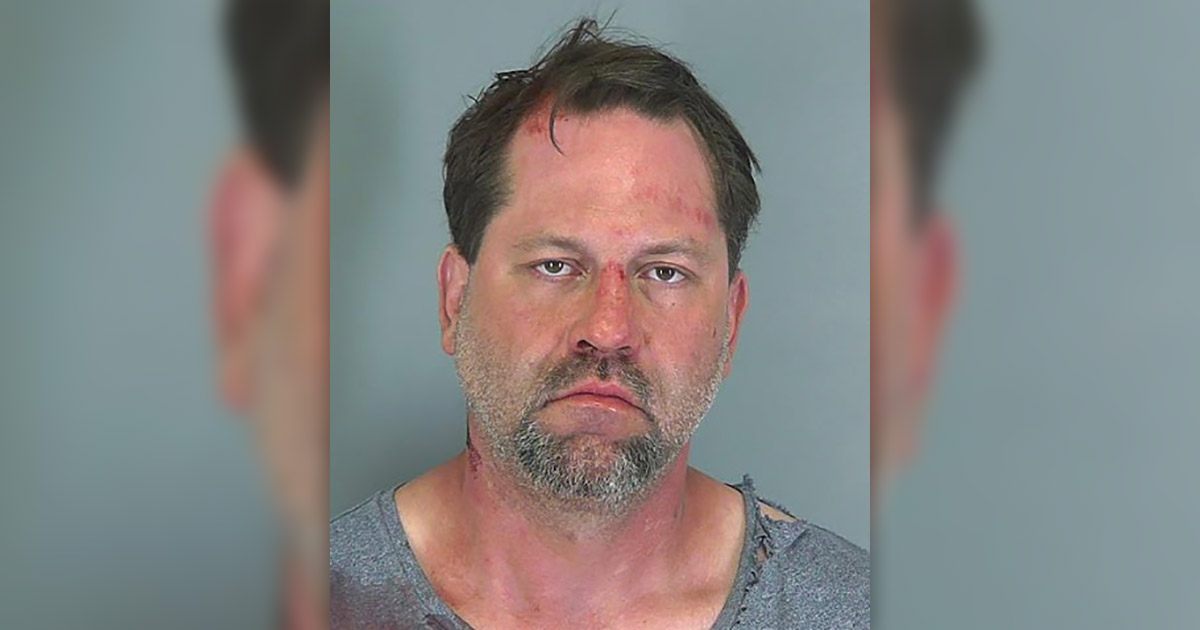 What was supposed to be a night of sexual fantasy fulfillments ended in a bloody brawl and an arrest in a small South Carolina town.

According to reports, Michael Charles and Michelle Fleming, both 47 years old, are “roommates with benefits,” and they decided to take their exploits to another level by including another man, Brian Alden, 40-years-old, in their nighttime fun at their home in Duncan (a town in Spartanburg County).

Unfortunately, the night took a turn for the worse for the trio.

After the three of them had sex, Charles started to feel weird about Alden’s presence and asked the man to leave.

While he did leave initially, he returned shortly after and demanded to be let back into the home.

Fleming told Charles to let him back in for round two, and the three attempted to have intercourse yet again.

This time, however, Alden wasn’t able to perform, so a frustrated Charles asked him to leave again.

According to officers who responded to a call after 2:00 a.m., things quickly escalated into a physical altercation from there.

The fight spilled out into the backyard, and during the scuffle, Charles suffered a head laceration, a bloodied nose, and an eye that was swollen shut.

However, Alden received the worst of it. He had a head wound that required 12 stitches after Charles hit him in the head with a stone.

Alden was taken to a nearby hospital for treatment, where he continued to complain of hand and wrist pain suffered from his punching.

Alden ended up being arrested after his treatments on counts of assault and battery and trespassing, but was released on a personal recognizance bond.