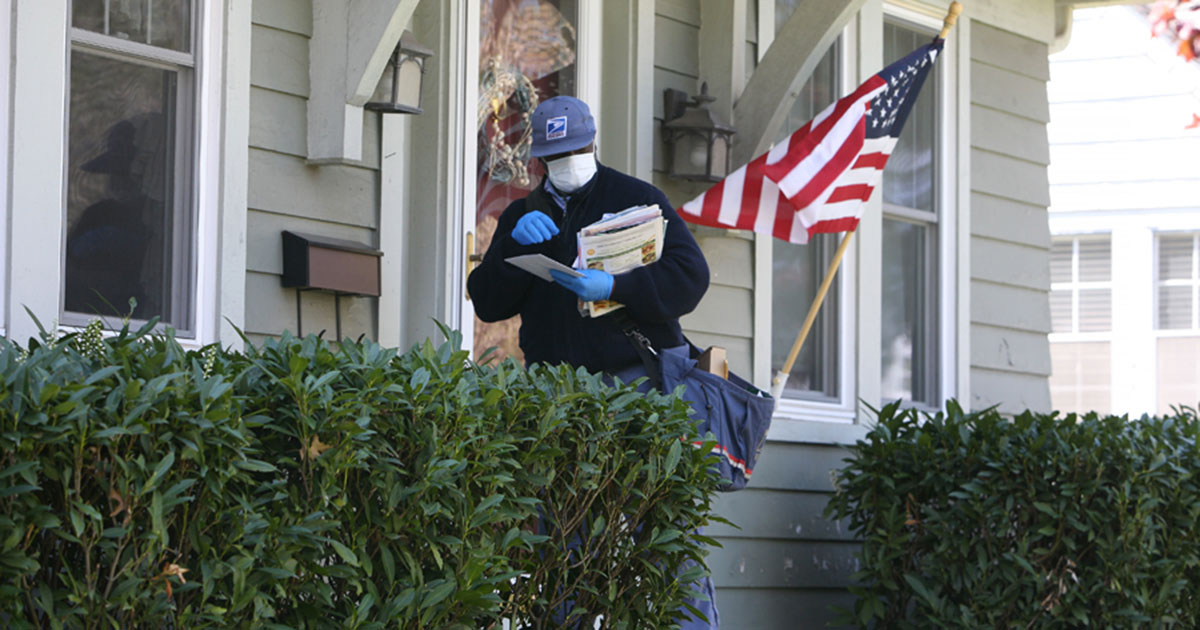 The United States Postal Service had a plan to send five FREE reusable face masks to every American household back in early April … but top White House officials canceled the plan, the Washington Post reported Thursday.

The plan would have sent 650 million masks to every single residential address in the United States in an effort to combat the COVID-19 crisis early on, the Post reported, citing one of thousands of internal post office documents obtained by the American Oversight watchdog group. 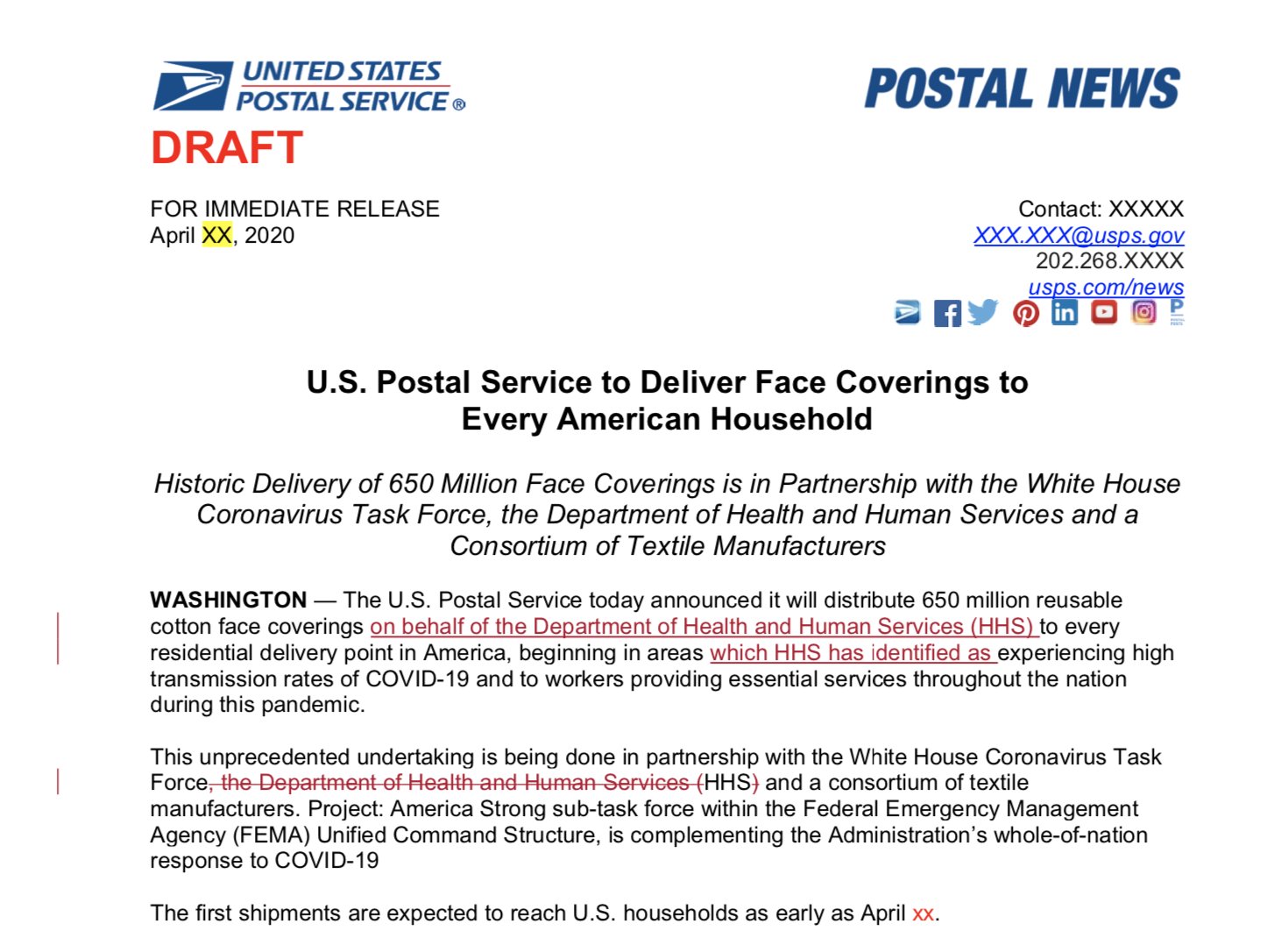 The reason the Trump administration blocked the plan was because “there was concern…that households receiving masks might create concern or panic,” one White House official said.

“Our organization is uniquely suited to undertake this historic mission of delivering face coverings to every American household in the fight against the COVID-19 virus,” then-Postmaster General and CEO Megan J. Brennan said in the scrapped news release, which was dated to be released in April.

Brennan was succeeded in the summer by Louis DeJoy, whose drastic cost-cutting measures at the government agency have sparked controversy in advance of the 2020 election.

The idea to have USPS ship out personal protective equipment came from the Department of Health and Human Services, the Post reported. The reported plan was to start distributing masks in April, with Covid-19 hot spots getting first priority.

The newly uncovered documents suggest the government had initially intended to utilize the Postal Service in early pandemic response plans. The distribution program would have come at a time when President Donald Trump largely resisted wearing a mask.

“There was concern from some in the White House Domestic Policy Council and the office of the vice president that households receiving masks might create concern or panic,” one administration official told the newspaper.

Trump had told journalist Bob Woodward in March that he sought to downplay the virus because he didn’t want to create a panic, according to recently released recordings.

HHS later launched Project: America Strong, a $675 million program to distribute face masks across the country. An HHS spokesperson told the Post around 600 million masks have been distributed out of the 650 million set aside.

The USPS declined to comment on the reports. HHS did not immediately respond to a request for comment.