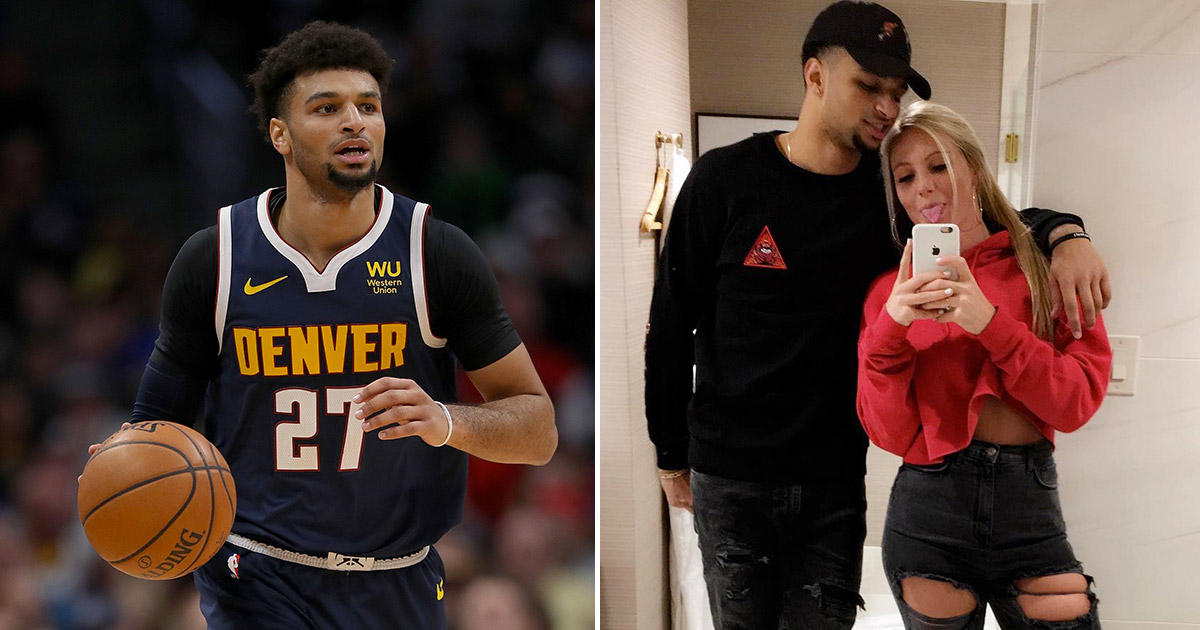 NBA player Jamal Murray is apologizing after an NSFW video was published from his official Instagram account.

The Denver Nuggets guard became the No. 1 trend on Twitter early Sunday morning (Mar. 22) after a video showing a woman believed to be his girlfriend Harper Hempel performing oral sex on him was posted on his IG Stories late Saturday night.

“First and foremost I would like to apologize to my fans,” he wrote. “My account has been hacked, currently working on the issue. Thanks.”

First and foremost I would like to apologize to my fans. My account has been hacked, currently working on the issue. Thanks ??

Prior to Murray’s IG account being deleted, a series of extremely random posts were posted on his Stories, making the whole situation even more strange and adding weight to his “My bad, I got hacked y’all” explanation.

But some people aren’t buying Murray’s “I was hacked” story.

Lie, first thing everybody say he posted it thinking people will find it cool nigga you exposed your girlfriend and you on social media you ignorant and have no respect for your lady that shit should stay in the house https://t.co/FNeW2ZiIzf

Aint no one hacking Jamal Murray’s ig account at 2:40 in the morning bro https://t.co/dFjFAvJC1b

Whether or not folks believe Murray, the fact that a video showing him getting dome was posted on his verified Instagram account during the NBA’s suspension due to coronavirus caused him to become the butt of many jokes on Twitter.

Breaking ?: sources out of Denver confirm nuggets guard Jamal Murray Has just tested positive for Wildin out on the gram at 3 am pic.twitter.com/SZVu5fzb2L

I saw Jamal Murray trending and thought he got coronavirus but it ended up just being his girl giving him head on his IG story pic.twitter.com/k6xtgQ3Kkr

Jamal Murray once he sees why he’s trending pic.twitter.com/JeXs0TUHWr

“Posted a video of his dick getting slurped up like a McFlurry, starting at point guard, it’s none other than Jamal Murray” pic.twitter.com/Uu1EDzBY4Y

Jamal Murray is the first NBA player with his own sponsorship on his jersey! pic.twitter.com/PmR9vomITM

Jamal Murray tryna find the "hacker" that leaked the video on his ig story pic.twitter.com/PelXRpZfhn

Before this, Jamal Murray went viral on social media over this clip of him playing the piano while practicing social distancing.

“Music is there through the good times and bad! It gets you through anything and right now it’s all I need, love learning new tunes ?. Anybody know these tunes? Stay home and stay safe everyone!"

The Denver Nuggets announced on Thursday (Mar. 19) that a member of their team had tested positive for coronavirus.

They didn’t reveal a name but said that the person started experiencing symptoms earlier in the week on Monday and they are “currently under the care of team medical staff and in self-isolation.”

The entire NBA was shut down on March 10th after Utah Jazz player Rudy Gobert tested positive for coronavirus, and the Nuggets announced that they’d be closing their facilities for two weeks amid the outbreak.

As of Sunday (Mar. 22), NBA players who have tested positive for COVID-19 include Gobert, his Jazz teammate Donovan Mitchell, Brooklyn Nets star Kevin Durant along with three of his teammates, Pistons forward Christian Wood and two unidentified members of the Los Angeles Lakers.