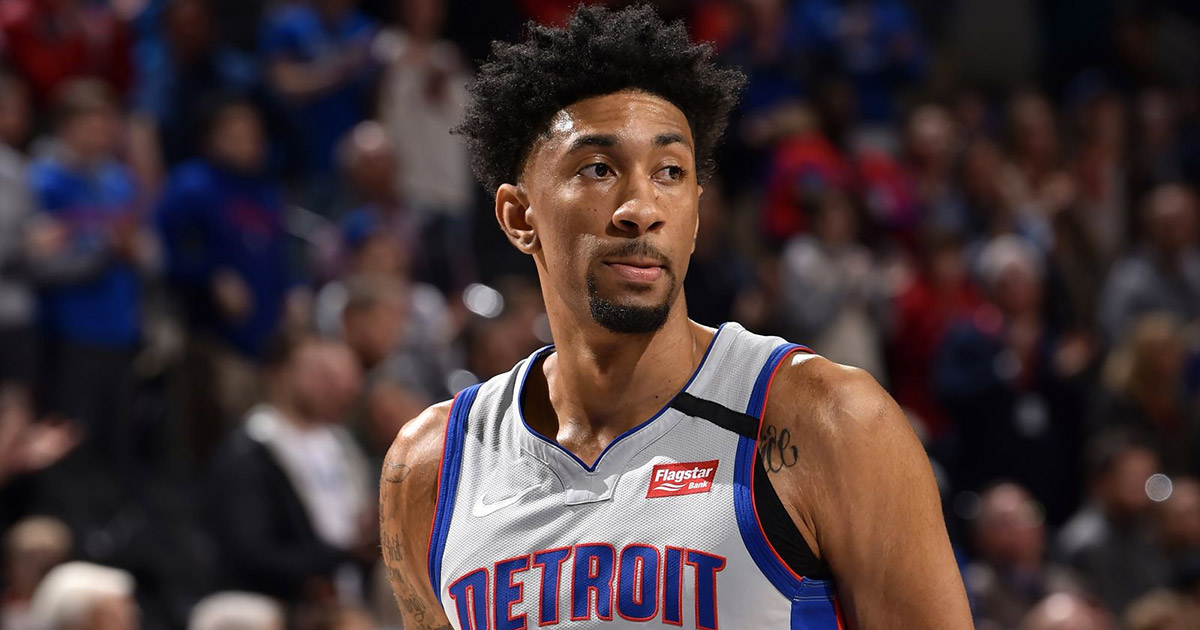 The Pistons didn’t mention Wood by name, but released a statement saying that a player had tested positive for the virus and would “remain in isolation and under the care of the team’s medical staff.”

Wood is the third NBA player to test positive for coronavirus after Utah Jazz players Rudy Gobert and Donovan Mitchell. Gobert’s diagnosis prompted the NBA to suspend the remainder of the 2019-2020 season to help stop the spread of the virus.

The Pistons and the Jazz played at Little Caesars Arena in Detroit on March 7th, and Wood reportedly matched up with Gobert 63 times during that game.

With less than 6 minutes left in the game, there was a confrontation between Wood and Gobert which resulted in both players being issued double technical fouls.

It’s also being reported that Wood complained of having flu-like symptoms before Detroit’s matchup against the Philadelphia 76ers on March 11th.