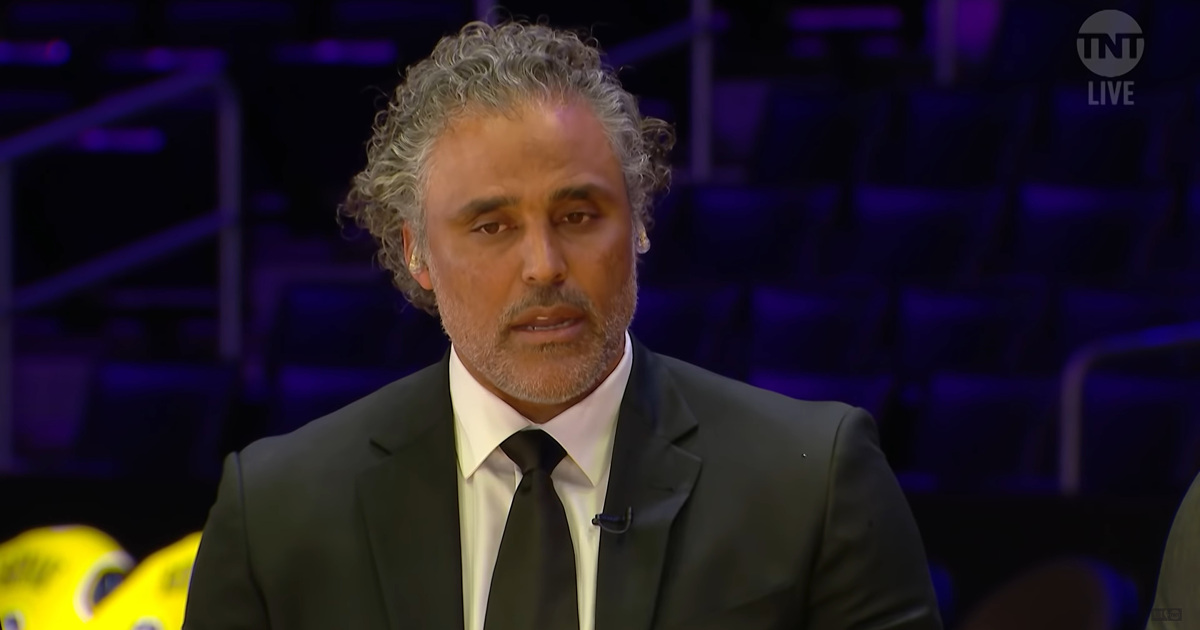 Rick Fox joined several NBA figures last night to remember Kobe Bryant, who, along with his 13-year-old daughter GiGi and seven others, tragically died in a helicopter crash in Calabasas, California.

While consoling each other in their grief, Fox broke his silence for the first time regarding early reports and rumors that he had also been on the helicopter at the time of the crash.

“My family went through, in the midst of all this, something that I couldn’t imagine them experiencing,” he said.

Fox also added that one of his daughter’s “greatest fears” is learning through social media that one of her parents had died.

When it was first reported that Bryant had died in a helicopter crash on Sunday (Jan. 26), there was much misinformation being spread on social media, including that Fox—Bryant’s former Lakers teammate—had also died in the tragic accident.

This was not true and, unfortunately, amidst mourning Bryant and his 13-year-old daughter, Fox’s step daughter had to make a statement debunking the rumor.

To confirm my stepdad Rick Fox is ALIVE and safe! I just got off the phone with my sister. We are all in shock and deeply saddened but please don’t spread false news. #ripkobe ? pic.twitter.com/vGSAShagkk

During Tuesday’s special edition of Inside the NBA, which also included Dwyane Wade, Shaquille O’Neal, and Charles Barkley, Fox shared that while trying to process Bryant’s loss, his phone began blowing up.

But he ignored the calls because he only “[wanted] to be with my friends and my family” at the time.

He finally answered a call from his best friend, King Rice, and that’s when he learned of the rumor.

“And I started crying. And he was like, ‘You’re alive!’ And I was like, ‘Well, yeah. Like what do you mean?’ And it was in that moment that my phone just started going, and my mom and my sister and my brother…This has been a lot to process for all of us.”

“I’m glad that’s over with, but it was hard to deal with because it shook a lot of people in my life,” he added.

Reflecting on Bryant, Fox added: “Quite frankly, we were blessed to have had the time we had with Kobe. A city is mourning, a family is mourning, we are all mourning.”