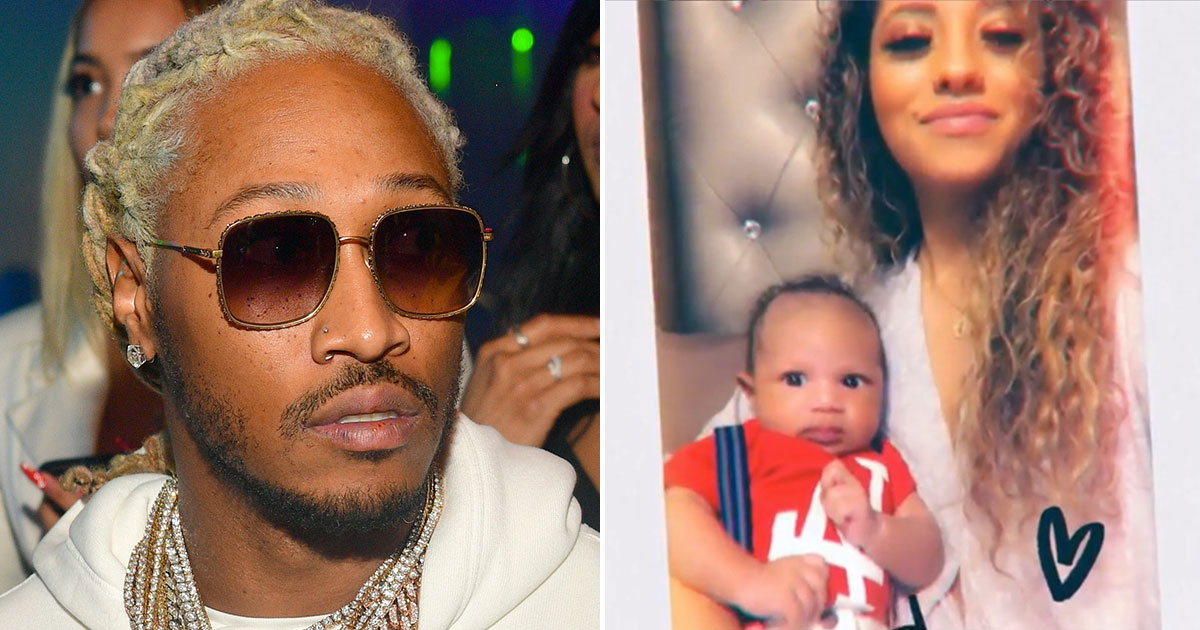 Future has been named in yet another paternity suit from another woman claiming he fathered her recently born child, which would make baby number seven for the rapper.

According to TMZ, a young lady named Cindy Renae Parker has filed documents in Nueces County, Texas claiming that Future is the father of her 3-month-old son, Legend Ary Wilburn.

(FYI: TMZ is reporting that Future has eight children, but, so far, he only has seven—five of which he claims, the other two are considered “alleged” for now.)

Cindy says she’s been trying to serve Future with paternity papers for a hot minute now, but she hasn’t been successful in her attempts, so now she’s asking a judge to serve his lawyers in his home state of Georgia.

Sources close to the situation say Cindy said Future agreed to take a paternity test, but when it was time to do it, he ghosted her.

The sources added that Cindy taking to Future to court was a last resort because she didn’t want to make this a whole thing, but his radio silence has forced her hand.

If all of this sounds strangely familiar, it should, because just two months ago, a woman named Eliza Reign came forward claiming to be Future’s sixth baby mama with a story very similar to Cindy Renae’s.

Eliza was also the one who first revealed Cindy’s existence back in August while posting a series of Instagram stories defending her decision to file her own paternity lawsuit against Future for ghosting her (just like he did Cindy).

“[Future’s] clearly the problem. Not the kids or the mothers. He goes around making promises and babies, then disrespects you and disappears,” she wrote.

Eliza’s case is still pending, and Future has yet to respond to the paternity suits from either woman.