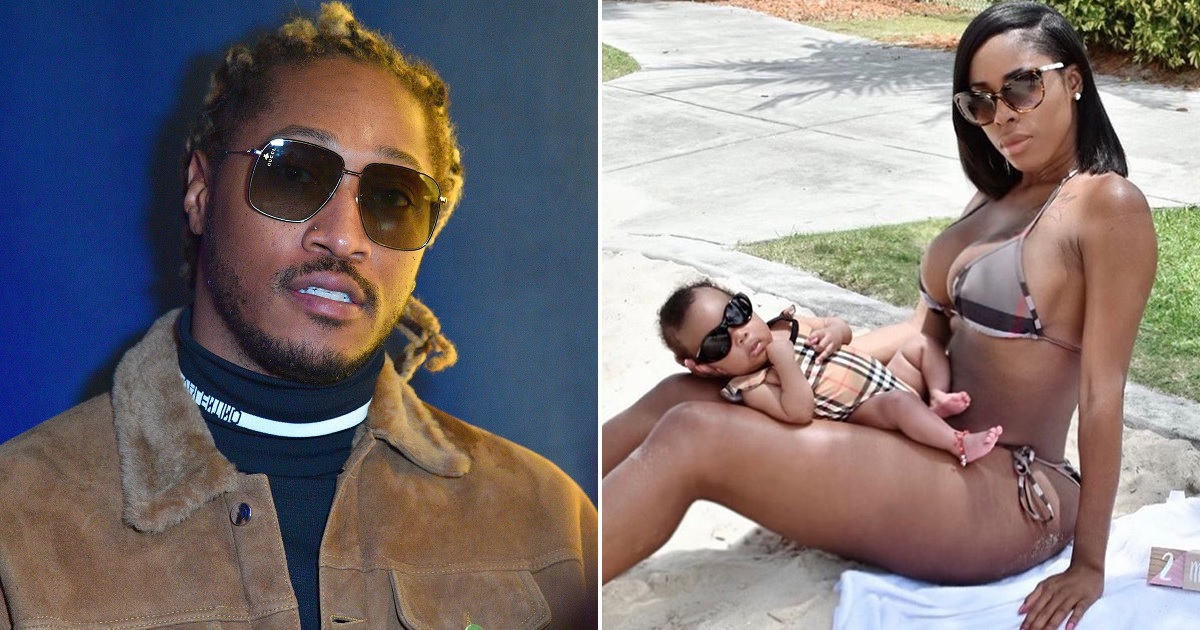 A Florida woman is so sure that Future is the father of her baby that she’s ready to take him to court.

According to TMZ, Eliza Seraphin has filed legal documents in Broward County claiming the rapper is the father of her four-month-old daughter.

She says Future cut off all contact after she gave birth in April, but she’s not letting him off the hook from his daddy duties.

She also wants present and retroactive child support and for Future to reimburse her for hospital expenses incurred during the pregnancy.

While TMZ reports that the baby girl would be Future’s seventh child, all of the rapper’s baby mamas and kids may have thrown off the count. Seraphin’s daughter would be his sixth child, if in fact his.

Seraphin made headlines earlier this year when she gave birth in April and news of Future’s (alleged) sixth baby by a sixth woman made the rounds.

And now that Seraphin is back in the news, TMZ and other publications may have mistakenly tacked on an extra number based on what was previously reported.

Future has neither confirmed nor denied being the father of Seraphin’s baby. She first alleged that he was the father in 2018 and defended him on social media, claiming that they had private conversations about the baby.

As of right now, Future has five confirmed children with five different women, including a five-year-old son with singer Ciara. He welcomed his most recent child on Christmas Day in 2018.

We will keep you updated on Seraphin and Future’s paternity case because this story is definitely not going away any time soon.