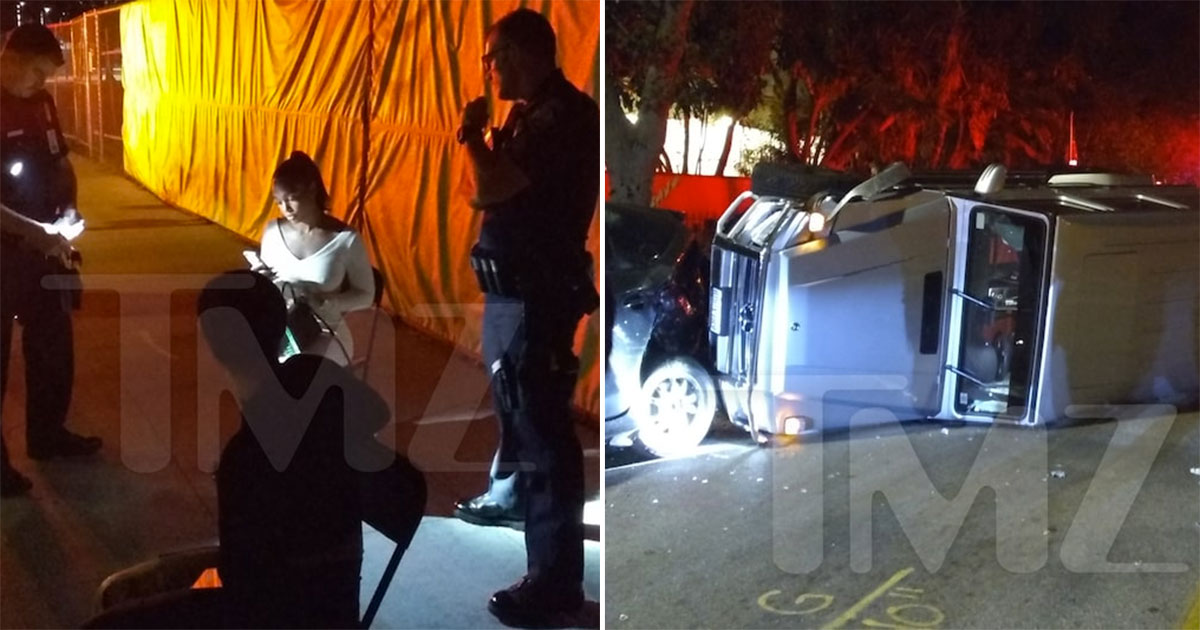 Lori Harvey was reportedly seen texting and driving late Sunday night (Oct. 20) when she slammed into another car in Beverly Hills and flipped her car over and tried to flee the scene.

Beverly Hills police confirmed that Harvey was involved in a motor-vehicle collision with a parked car, and she was identified by witnesses who saw her walking away from the crash—even though her Mercedes G Wagon was up the street laying on its side.

Other witnesses claimed that Harvey was distracted by her cell phone prior to the crash.

Our sources say witnesses told responding officers they saw Lori texting and driving when she slammed into a Prius and tipped over her Mercedes G-Wagon on its side. Doesn’t sound like anyone was injured.

Lori was arrested and detained not far from the crash, but was released at the scene with just a ticket, reportedly after FaceTiming her stepfather, Steve Harvey. Police said alcohol wasn’t a factor.

News of Harvey’s arrest comes just days after her split from music mogul Sean “Diddy” Combs, who sources say isn’t ready to be in a committed relationship right now.

“Him and Lori had a fun fling but Diddy is still healing and focusing on himself right now,” one insider told E! News. “He is not ready to be in a long-term committed relationship and is focusing on his kids right now.”

The pair, who never confirmed their relationship, were last seen together publicly in September when they sparked pregnancy rumors after Diddy was photographed rubbing her belly.

Sources later clarified with TMZ that Diddy “was touching her tummy because he was complimenting her on her tight abs.” At the time, they were said to be “getting very serious” and “inseparable the past few months.”

However, just a month later, Diddy was spotted going to dinner in Los Angeles with another woman who was later identified as Gemini Man actress Nicole Olivera.

Confusingly, Diddy’s son Christian Combs told Hollywood Life Diddy and Lori were enjoying “private time” together at the moment. “They good,” the 21-year-old said. “They’re just being … Private time. That’s up to them. So…”