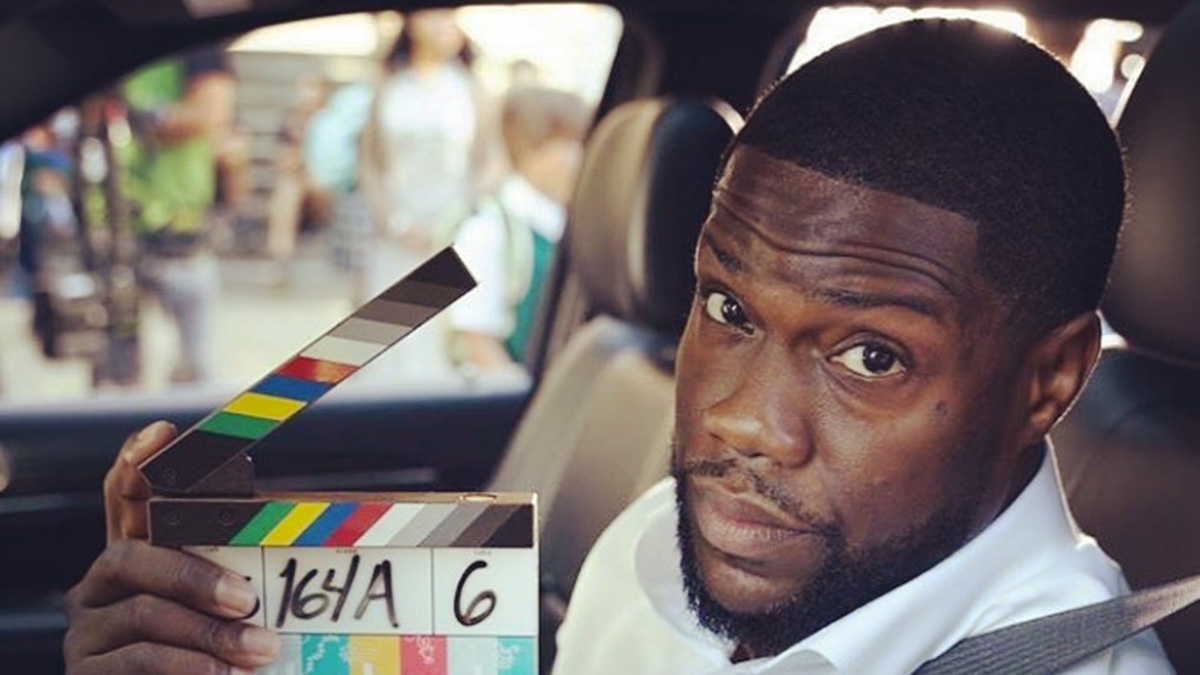 While Kevin Hart recuperates from emergency back surgery following the serious car accident he was involved in over the weekend, police are still investigating into the crash, and recently noted that speed may have been a factor when Hart’s vehicle went off the side of a cliff.

According to TMZ, a witness told police that they saw Hart’s classic Plymouth Barracuda “peeling out” moments before the muscle car veered off the side of the road and crashed through a fence before landing in a ravine about 10 feet away from the roadside.

As was previously reported, Kevin’s friend, Jared Black, was behind the wheel of the vehicle at the time of the crash, which happened around 12:45 a.m. early Sunday morning in Malibu Hills.

Hart and Black’s fiancée, celebrity trainer Rebecca Broxterman, were passengers in the vehicle. Photos below show the car’s roof completely obliterated. It’s a miracle anyone made it out alive.

Broxterman was pinned and had to be pulled out of the vehicle by first responders, but was able to escape the crash with minor injuries.

Hart and Black were also extracted from the vehicle, but both suffered “major back injuries,” according to reports.

Hart underwent emergency surgery Sunday (Sep. 1) to stabilize his back, and sources told The Blast it was a “complete success” and Hart is “expected to make a full recovery.”

Despite being badly injured in the accident, sources close to Hart say he didn’t injure his spinal cord and he’s able to “walk and move his extremities.”

Kevin’s wife, Eniko, has reportedly been by his side at the hospital, and told TMZ the comedian will be “just fine.”

Black was reportedly airlifted to UCLA Medical Center and is surrounded by friends and family as he also recovers.

Law enforcement sources say CHP investigators are looking into speed as a possible factor for Black losing control of the vehicle.

Kevin had just bought the car—an electric blue 1970 Plymouth Barracuda—as a gift to himself for his 40th birthday back in July.