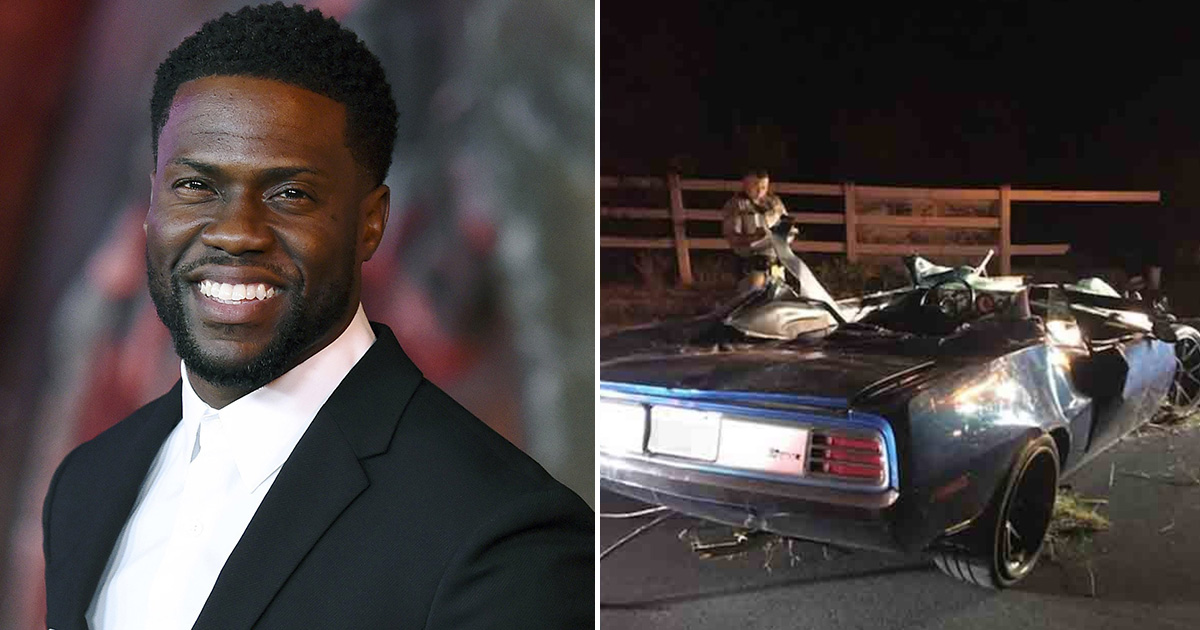 Kevin Hart was involved in a serious car accident early Sunday (Sep. 1) that left the comedian hospitalized with “major back injuries” … and judging by the photos of the crash scene, it’s a miracle anyone made it out alive.

Hart was reportedly a passenger in his Plymouth Barracuda when the vehicle went into a ditch in Malibu Hills around 1 a.m.

Hart and two others were trapped in the car and had to be rescued, police said.

According to TMZ, the car smashed through a fence along the highway and landed deep in a ravine about 10 feet from the road.

You can see the extensive damage to the vehicle in the photo below: 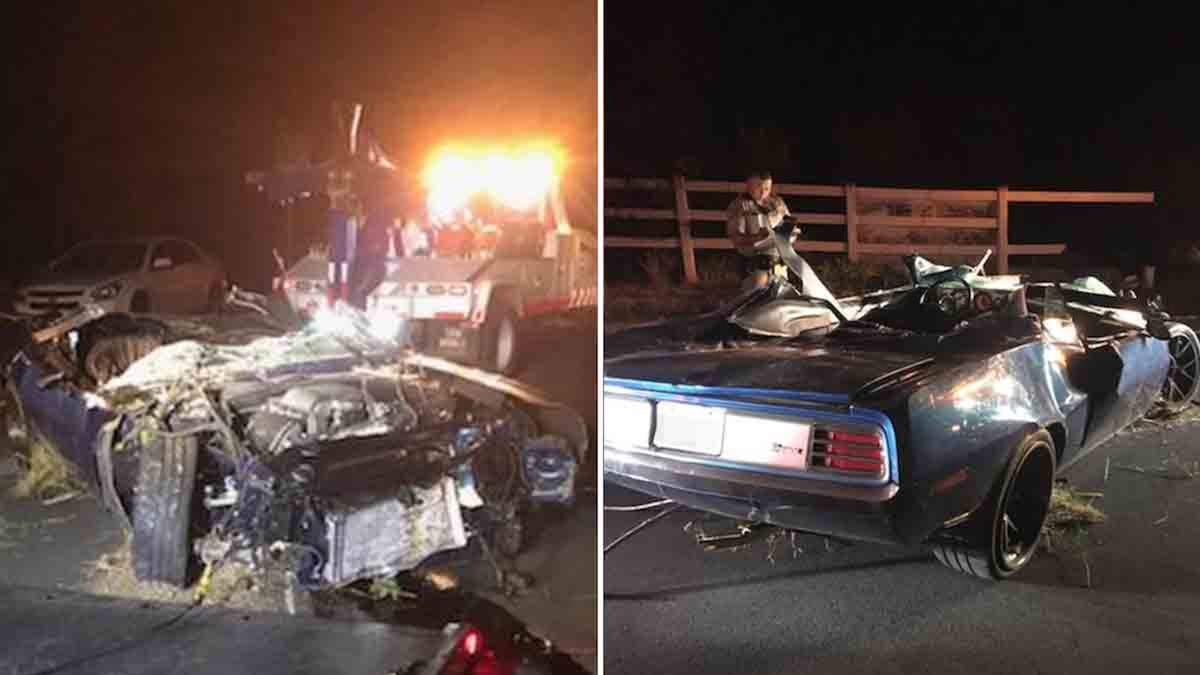 Police said there were two other people in the car, including the driver, and Kevin and the driver both suffered “major back injuries.”

The third person was a woman who didn’t require hospital treatment. Police also confirmed the driver hadn’t been drinking.

Kevin was reportedly the first person to exit the vehicle following the crash, and a witness said a member of his security showed up in an SUV and picked him up from the roadside to take him home “to get medical attention.” He was eventually treated at a hospital, TMZ reported.

Editor’s Note: An earlier version of this article stated that Kevin Hart’s accident was in Beverly Hills. The crash actually happened in Malibu Hills, and the article has been updated to reflect that. We apologize for the error.