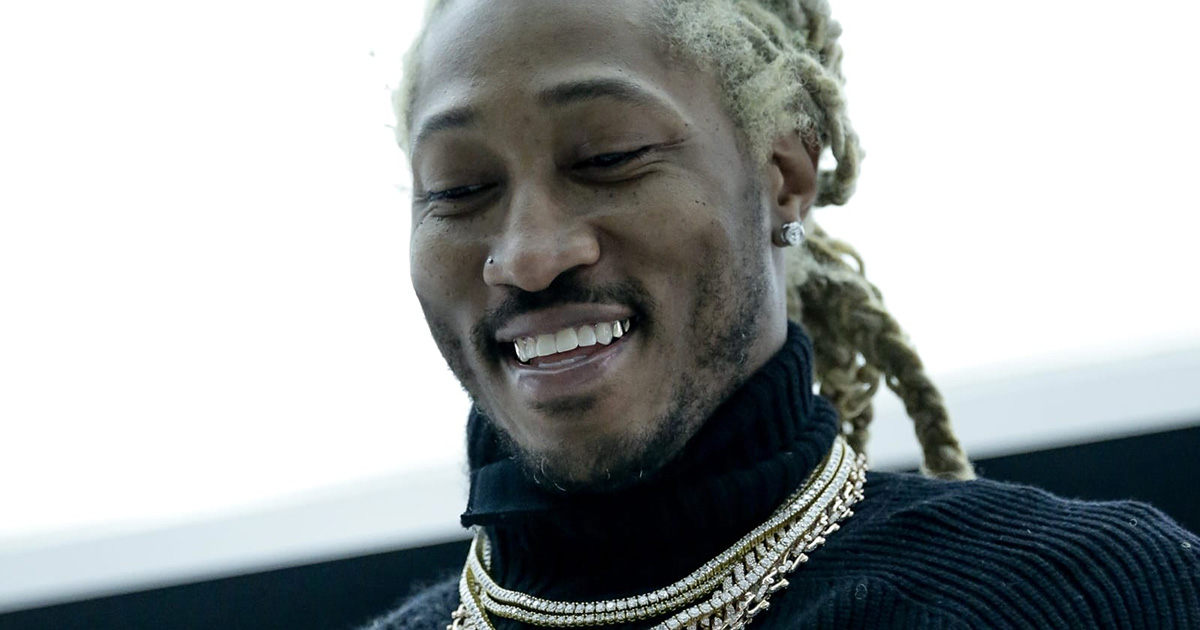 Because Popeyes is sold out of their chicken sandwiches for the next month or so, Future had to get creative when trying to get one for his girlfriend.

“Pulled up on bae with a chicken sandwich [from] a hood spot and put it in a Popeyes bag I had [in] the car [from] a week ago,” he wrote on his Instagram stories. “She love me more now. Perception is EVERYTHING.” 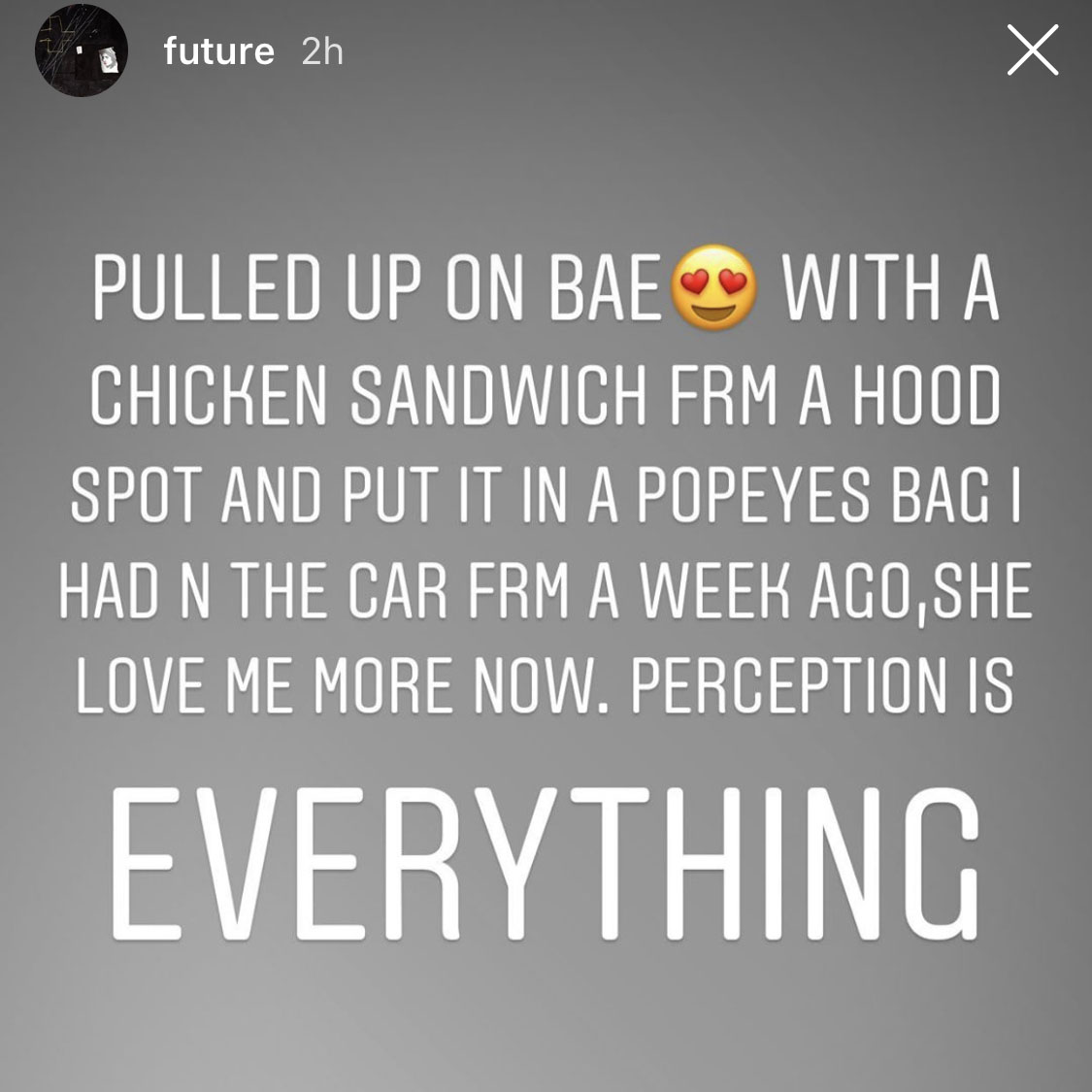 Of course, he’s joking (or at least we hope he is, but you never know with Future), and fans quickly saw the humor in his post.

“This sounds exactly like something he would do. ‘Dress it up and make it real for me,'” someone wrote in the comments section of The Shade Room’s re-post.

“Who ever that woman is will be pregnant by midnight,” joked another commenter.

“He ain’t [poo emoji] in all forms,” another person wrote.

Future didn’t make it known who “bae” was, but we know for damn sure he’s not talking about his alleged sixth baby mama Eliza Reign, who is recently filed a paternity suit demanding he take a DNA test so that she can collect child support from him for her 4-month-old daughter. 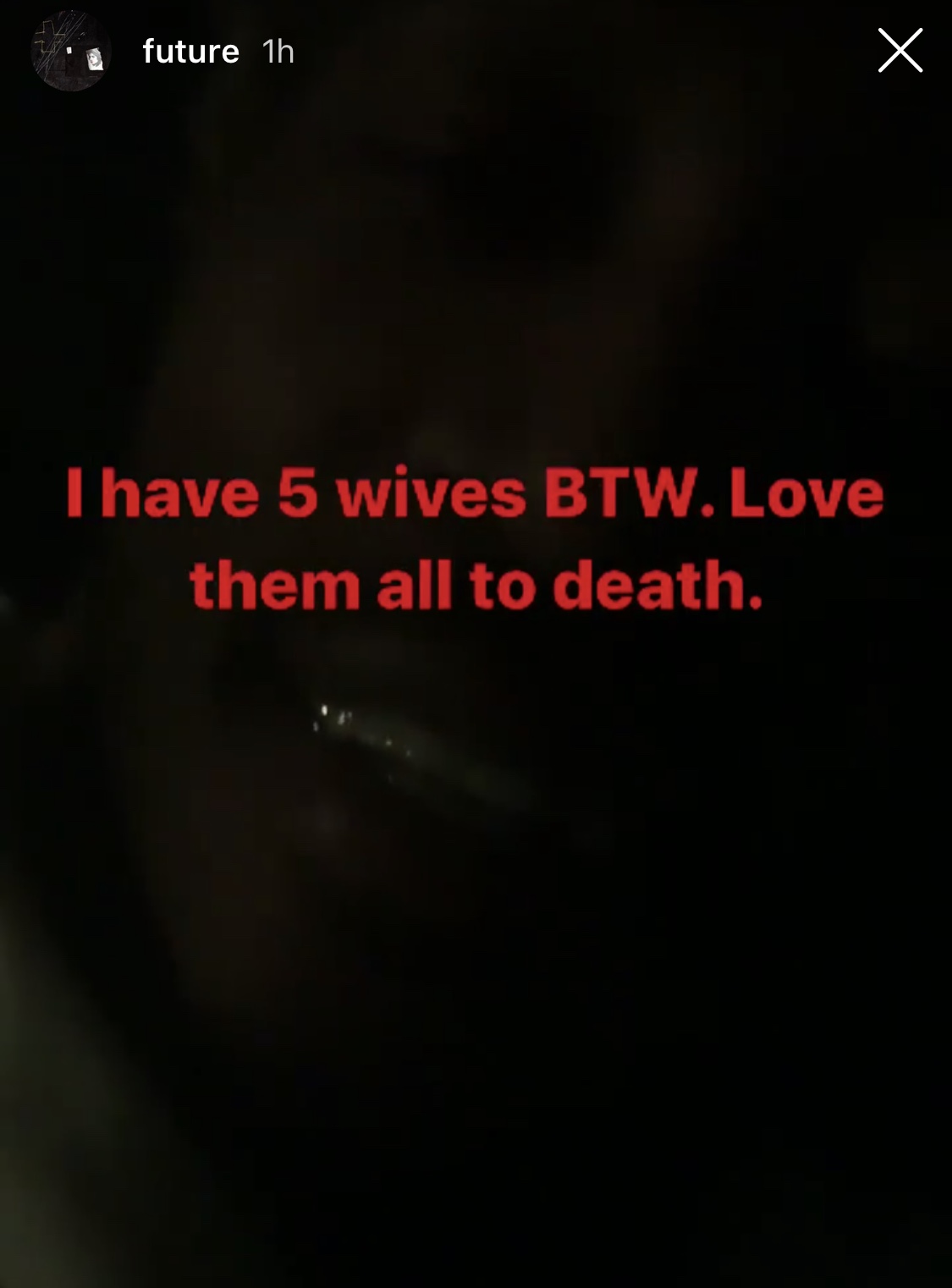