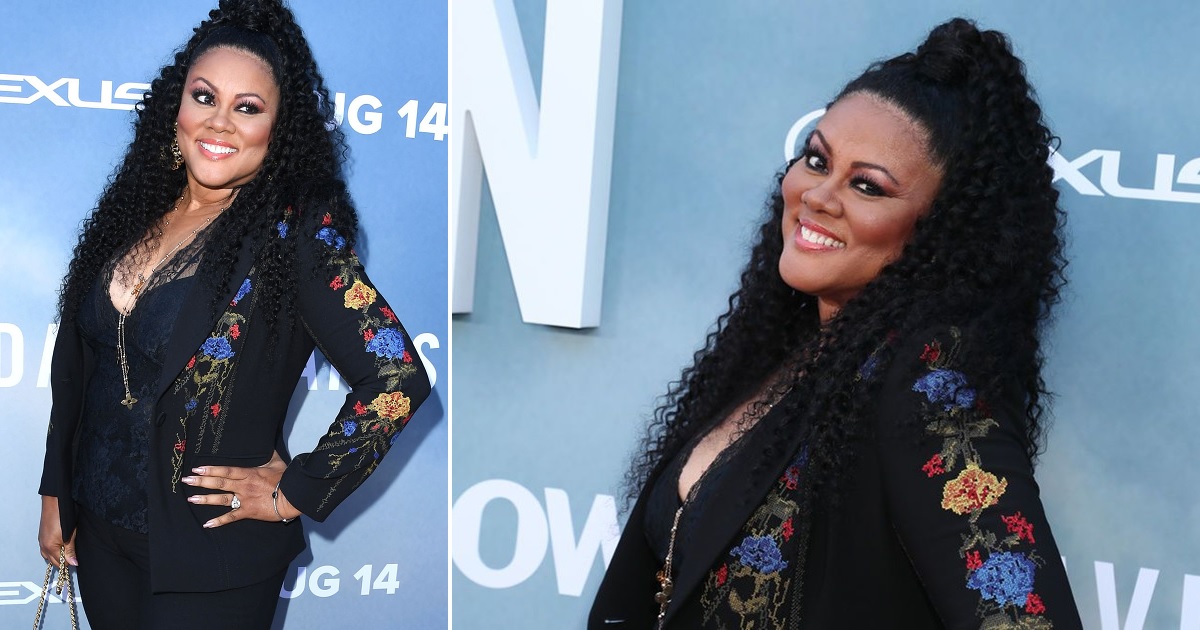 Even though her husband was just part of a major cheating scandal, Lela Rochon seems to be committed to her vows–publicly at least.

The actress hit the red carpet for the first time since her husband, director Antoine Fuqua, made headlines last month for kissing Nicole Murphy several times while on vacation.

Rochon attended the premiere of OWN’s new drama, David Makes Man, earlier this week. She was all smiles during the public appearance and flashed her wedding ring.

The actress has a recurring role on the series as the estranged mother to one of the main characters.

Rochon has not commented on her husband’s infidelity and has taken a break from social media. The couple celebrated their 20th anniversary earlier this year.

Paparazzi photos of Fuqua and Murphy caught the two intensely kissing on several occasions while separately vacationing in Italy. The photos went viral and sparked the cheating scandal.

Murphy has publicly apologized to Rochon for kissing Fuqua, who she described as a longtime family friend.

“I want to apologize to my family, and to Lela and the Fuqua family for what transpired,” she said in a statement.

“It was not my intention to be in this situation. I do not condone women kissing or interacting in anyway [sic] inappropriately with a married man.”

It has also been reported that Fuqua has repeatedly cheated on his wife throughout their marriage, including fathering other children.